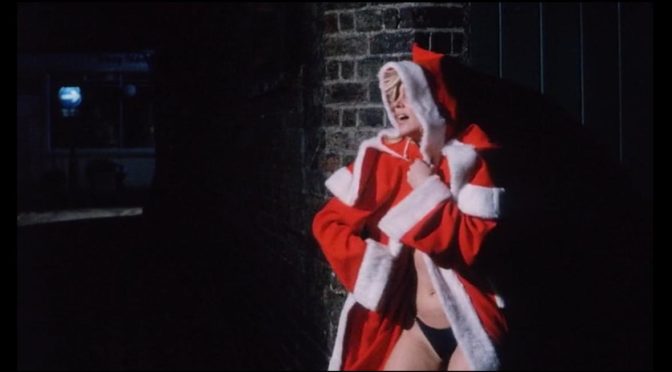 A killer is on the loose in London and he’s targeting people dressed like Santa Claus! 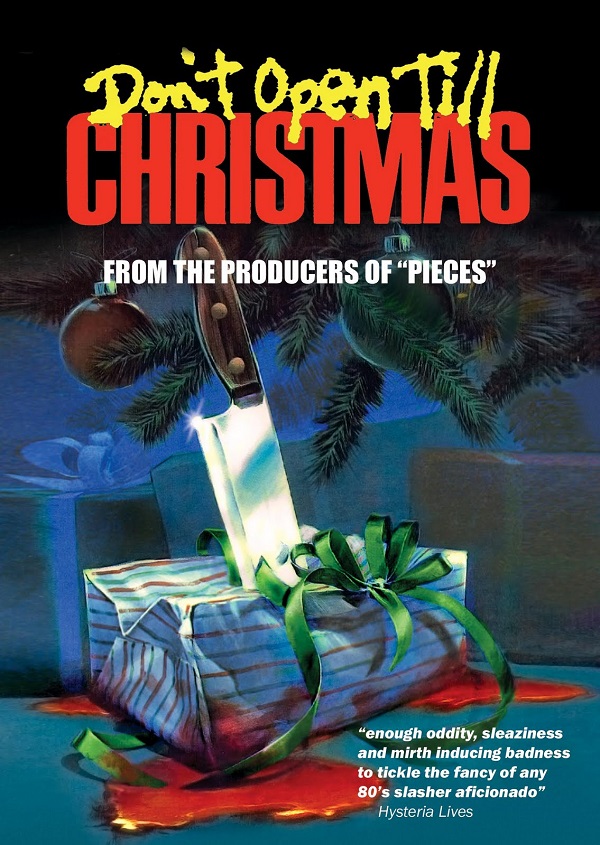 A cross between a 70s British sex-comedy and a slasher movie, Don’t Open Till Christmas is a crazy festive horror film that puts a spin on the ‘Santa as a Killer’ trope. This time, anyone dressed as Santa is being targeted by a killer that you’ll be able to identify from a mile off. 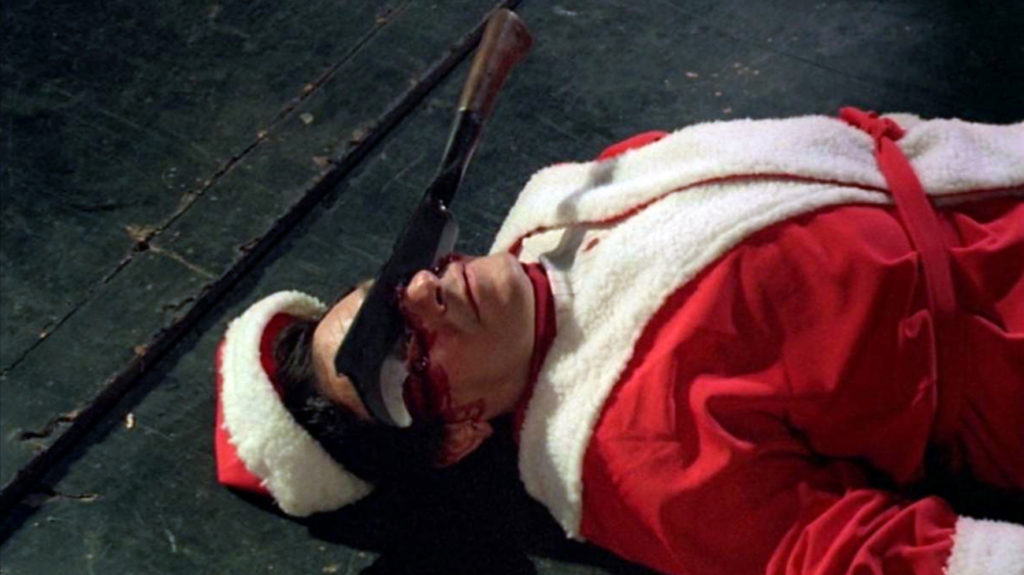 This seasonal sleazy slasher was mostly filmed in 1982, but shelved by after the short-lived Dick Randall/Steve Minasian production partnership fell apart after various creative disagreements. Extra footage was filmed and then spliced into it some two years later, which explains the film’s muddled narrative.

Still, what it lacks in cohesion, it makes up for in creative Santa deaths and at the end of the day, isn’t that what Christmas is all about?

Somebody with very little Christmas spirit is killing anyone in a Santa suit one London holiday season, and Scotland Yard has to stop him before he makes his exploits an annual tradition.

THIS FILM IS RATED ’18’ (CONTAINS NUDITY AND GORE)

“The various and sundry Fathers Christmas in the film meet their ends in increasingly nasty ways.  I won’t detail them all to you, as watching the action unfold on screen is a great part of the fun, but suffice it to say that the gore is very fun to watch and the director gets some points for creativity.” – Screen Anarchy

“A 1984 British slasher film that combines the polite reserve of the BBC drawing-room mystery with the creative impalings of American exploitation.” – The A.V. Club

“As one would hope for in a movie like this, the gore is plentiful and the kills are very creative.” – Bad Movies For Bad People

“Words can hardly begin to say how truly bad this movie is! It is a Christmas turkey (with side trimming of cheese, natch) par excellence!” – Hysteria Lives!