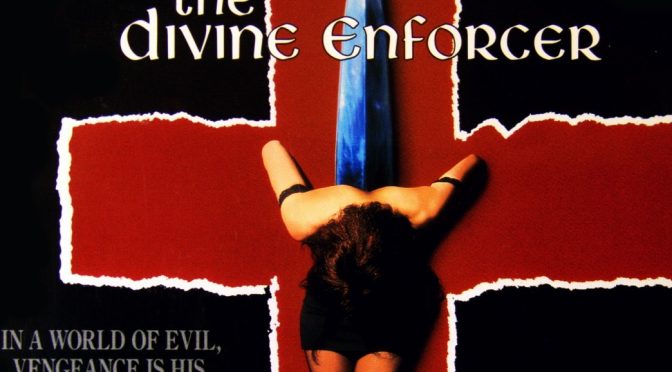 A vigilante priest takes on a serial-killing vampire! Why are you not booking your tickets already?! 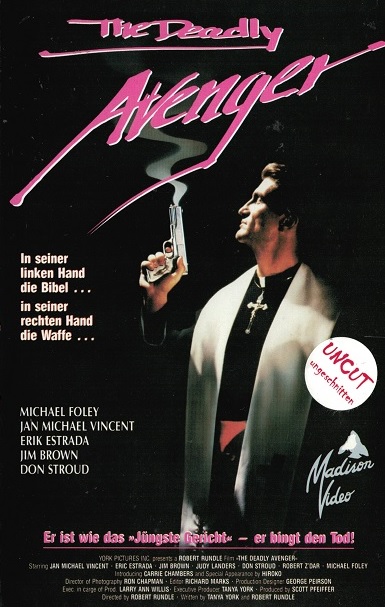 There is nothing better than the vision of a man that has something important to say about the threat of Satanism! John DeHart’s GetEven taughts us that… and this film is just as insanely awesome.

In this case, director Robert Rundle (Cybernator, Vampire Hunter) felt he needed to tell the world his story of a priest who is fed up with the crime-ridden streets of L.A. and decides to dispense justice in the name of the Lord… with high kicks, crucifix knives and guns! Little does he know there is a darker evil stalking the people of the parish… 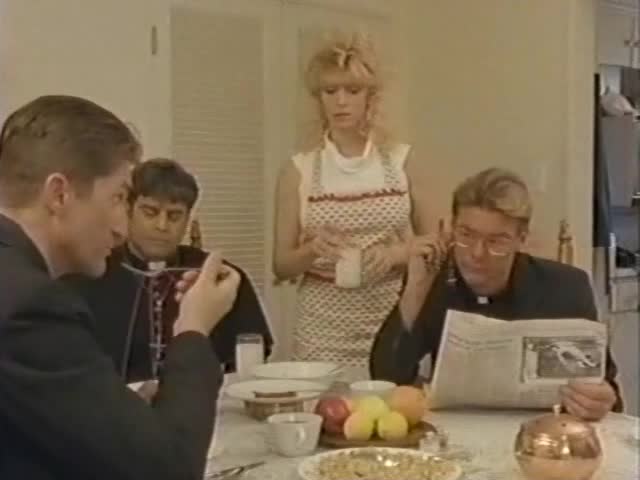 Boasting a cast of B-movie icons who were clearly just there for a day and a paycheck, The Divine Enforcer stars Robert Z’Dar (Maniac Cop, Samurai Cop), Jim Brown (The Dirty Dozen, The Running Man), Erik Estrada (CHiPs, Laser Blast) and a very drunk Jan-Michael Vincent (Airwolf) who has his lines taped to the inside of his prop newspaper!

Starring as the kick-ass Father Daniel is Michael M. Foley, star of Desert Kickboxer, Lionheart and Prison Planet, whose psychic priest – oh yes, he’s psychic too! – is a hero of our time. And by our time, we mean 1992.

Tickets: £5 (profits will be going to Meningitis Research Foundation)

A monsignor recruits a new priest to his parish in Los Angeles where the newcomer proceeds to turn vigilante and take on various thugs and criminals that rule the neighborhoods.

“There is plenty of things stuffed in this movie to enjoy also… People shot by cross-emblazoned pistols… People stabbed by crucifix-shaped daggers… People karate-chopped by their spiritual leaders…and there’s nearly three scenes where someone doesn’t look directly at the camera.” CinemaBandits.com

“This is without a doubt the greatest, wildest, most gloriously ridiculous and hilarious action movie ever made about a kick-boxing, ass-whupping, limb-breaking vigilante Catholic priest with the gift of second sight.” IMDB User Reviews