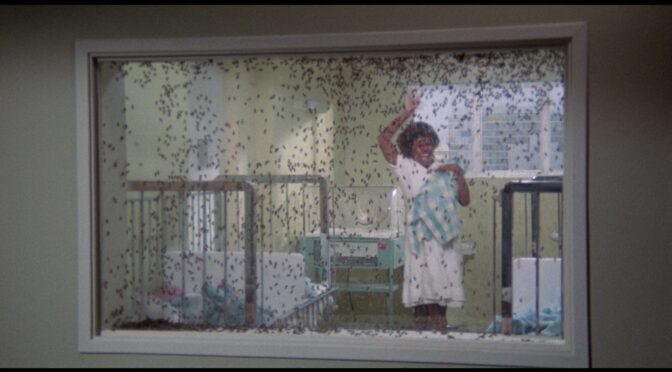 No! Not the bees! NOT THE BEES!

No, this isn’t The Swarm with Michael Caine. In many ways, this is even better – it’s The Bees with Enter The Dragon‘s John Saxon!

Evil corporations have smuggled a deadly strain of South American killer bees into the United States and now the entire world may be on the brink of imminent destruction. As cities tumble, body counts rise and mass hysteria ensues, scientist John Saxon (A Nightmare on Elm Street) thinks he might have discovered the secret strategy to stop THE BEES!

Tickets: £5 (All profits going to Wildscreen)

“THE BEES goes totally anti-establishment by making their villain an evil corporation that is hellbent on importing Killer Bees™ to extract honey for their Royal Jelly brand women’s salve. After a failed attempt at turning them homosexual, the bees become upset, form a collective conscience that can speak English, and inform the United Nations that people need to learn how to coexist with Killer Bees™.” — The Betamax Rundown