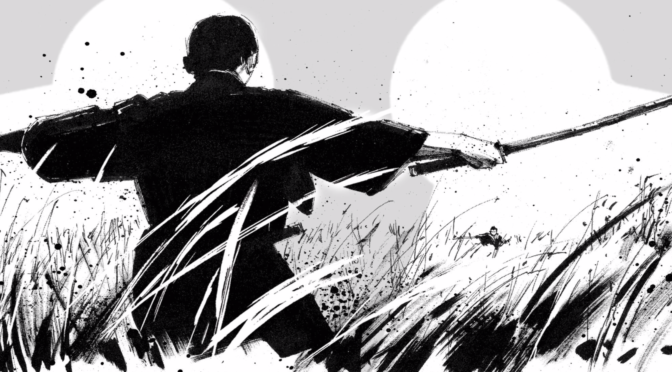 For BFI Japan, Bristol Bad Film Club is becoming Bristol Bushido Film Club and teaming up with DJ Cheeba for a special screening of Shogun Assassin.

To celebrate BFI Japan and 100 years of Japanese Cinema, we’re teaming up with Watershed and DJ Cheeba for a special screening of Shogun Assassin.

The film, and the series, follows former shogunate executioner Itto Ogami and his son Daigoro, better known as Lone Wolf and Cub, who betrayed and exiled by the treacherous Yagyu clan, wander feudal Japan as assassins on the road to hell.

The film became a cult hit and was heavily sampled by RZA for GZA’s Liquid Swords LP.

In 2018, DJ Cheeba, along with cinematic hip hop beatmaker Indeed, began work on re-scoring the seminal samurai slasher film with samples and beats taken from the Liquid Swords album and the wider Wu Tang Clan catalogue.

The result is a cult samurai movie with a new score of the dark atmospheric and often gritty hip hop styles of GZA and the Wu Tang Clan. With original beats produced by Indeed, remixes and arrangement by Cheeba and hand drawn artwork from Toby Whitebread (New Analog), this project flips the script on both a cult film and a seminal album to stunning effect.

The live performance of this project is presented by Cheeba and Indeed in association with Watershed and the Bristol Bad Film Club.

The film will be introduced by Juice Aleem, a musician, writer, performer and festival director of AfroFlux. He is also one of the directors of the recent High Vis Street Culture Festival

This event has been made possible by support from BFI FAN and National Lottery funding.

When the wife of the Shogun’s Decapitator is murdered and he is ordered to commit suicide by the paranoid Shogun, he and his four-year-old son escape and become assassins for hire, embarking on a journey of blood and violent death.