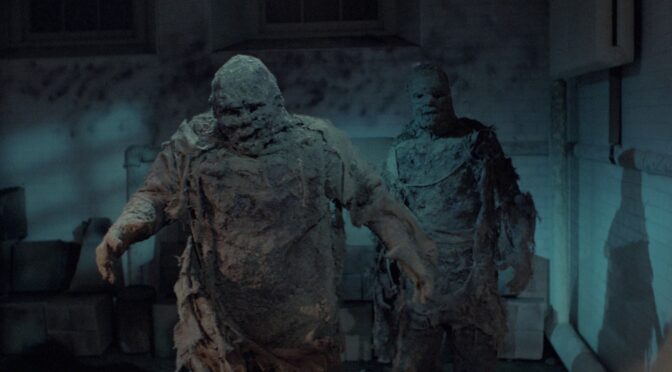 Prepare for a night of unrelenting terror!

Of all of the bizarre horror films made in the 1980s, SPOOKIES easily ranks among the weirdest.

The film became a fan favourite thanks to its expertly rendered creature effects and notorious for its bizarre production history in which its original creators (co-writers/directors Brendan Faulkner and Thomas Doran, and co-writer/producer Frank M. Farel), were fired and replaced by Eugenie Joseph, who added new scenes and re-edited the previously shot footage.

After taking shelter in a spooky old mansion, a group of travellers discover a ouija board and decide to spend the night. But they soon learn that playing with the forces of black magic isn’t fun and games, and it’s not long before they’re battling demonic creatures, shape shifters, and other forms of evil!

“A surreal blitz of ooze, slime, hoboes, failed birthday parties, Grim Reapers, explosions, zombies, people jumping through walls, and a guy with his own face silkscreened on his shirt..” –  Joseph A. Ziemba, Bleeding Skull

“It delivers on exactly what its title promises: it overflows with spooky spirits and creepy creatures filling a decrepit haunted mansion to the brim. What more could you ask for?.” – Take One Magazine