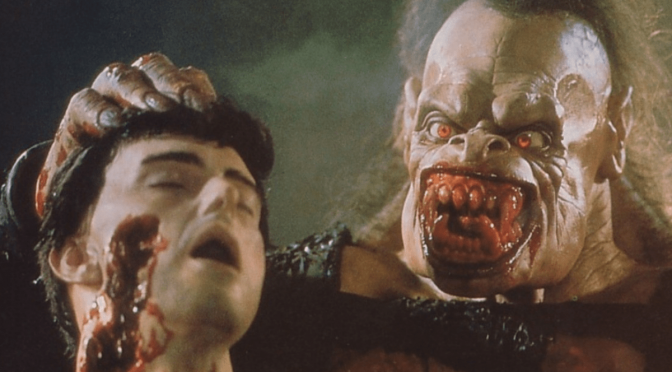 As part of  the Museums At Night, we’re doing a special screening of Arrow Video’s new re-release of cult British horror film Rawhead Rex in the crypt of St John’s On The Wall Church. 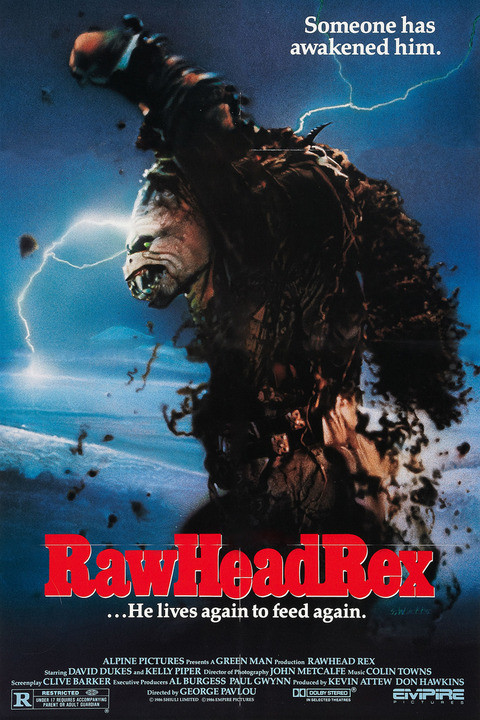 Adapted for the screen by acclaimed horror writer Clive Barker (Hellraiser, Nightbreed) from his short story of the same name, Rawhead Rex sees a hulking, ancient demon tearing a bloody swathe across the Irish countryside.

When an unsuspecting farmer pulls up a stone column embedded in a barren field, he accidentally unleashes hell by freeing Rawhead Rex – a hulking monster that has been trapped there for thousands of years. With the seemingly unstoppable demon rampaging through the local village, American historian Howard Hallenbeck is faced with the task of putting Rawhead back in the ground for good.

The first of several films to be adapted from Barker’s seminal Books of Blood series, Rawhead Rex has garnered a strong cult following over the years – now clawing its way to the surface in a stunning new 4K restoration from the original camera negative.

Tickets: £5 (all profits going to The Churches Conservation Trust)

An Irish farmer moves an ancient stone, unwittingly freeing a gigantic, terrible, blood-thirsty pagan demon known as Rawhead Rex. It falls to an American anthropologist to attempt to stop the demon’s rampage in this gory horror film, based upon a Clive Barker short story.

“I saw this when it first hit video, many moons ago. And you know what? I’m still giggling.” – NeedCoffee.com

“This week’s pick may not be a great movie, but for fans of creature features, twisted tales from the mind of Clive Barker, and all things sacrilegious… it remains a fun monster flick.” – Film School Rejects

“The original source material touches upon themes of religion, xenophobia, and the phallic principal in horror.  This had the potential to be nonstop thrill ride. However, nothing went right, and everything went wrong.” – Scream Horror Mag 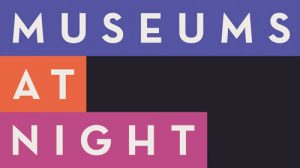