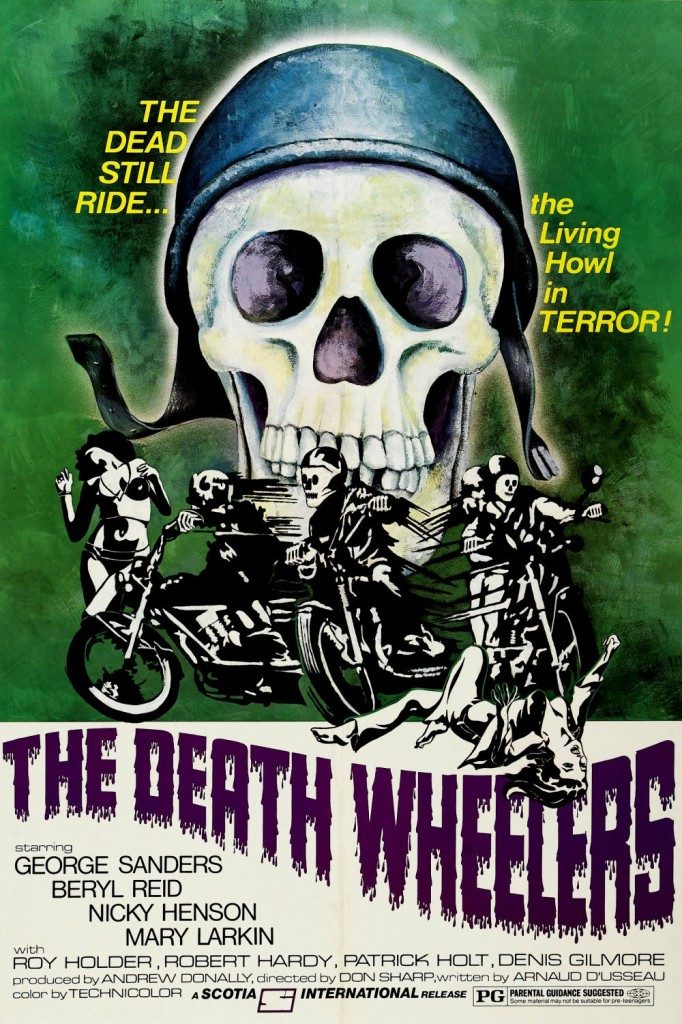 This cult British film was made in the mold of A Clockwork Orange and focuses on a psychopathic teenager and his desire to live forever!

This Don Sharpe-directed film is notorious for many reasons – it was the final film of George Sanders (best known as the voice of Shere Khan in Disney’s The Jungle Book), its use of frogs as a subtext for the paranormal and its funky 70s soundtrack.

Tickets: £5 (profits will be going to The Walk Centre)

A gang of young people call themselves the Living Dead. They terrorize the population from their small town. After an agreement with the devil, if they kill themselves firmly believing in it, they will survive and gain eternal life. Following their leader, they commit suicide one after the other, but things don’t necessarily turn out as expected…

“Only suitable for a SS reunion party.”  The London Times

“Outrageously dated and featuring loads of unintentional laughs, this is still the finest movie ever made about British zombie biker gangs.” Cavett Binion, Rovi

“The oddball biker/zombie flick caught my fancy even if it hardly made sense.” Ozus’ World Movie Reviews