We’re back in Victoria Park for our annual outdoor screening with the biggest box office bomb of all time! 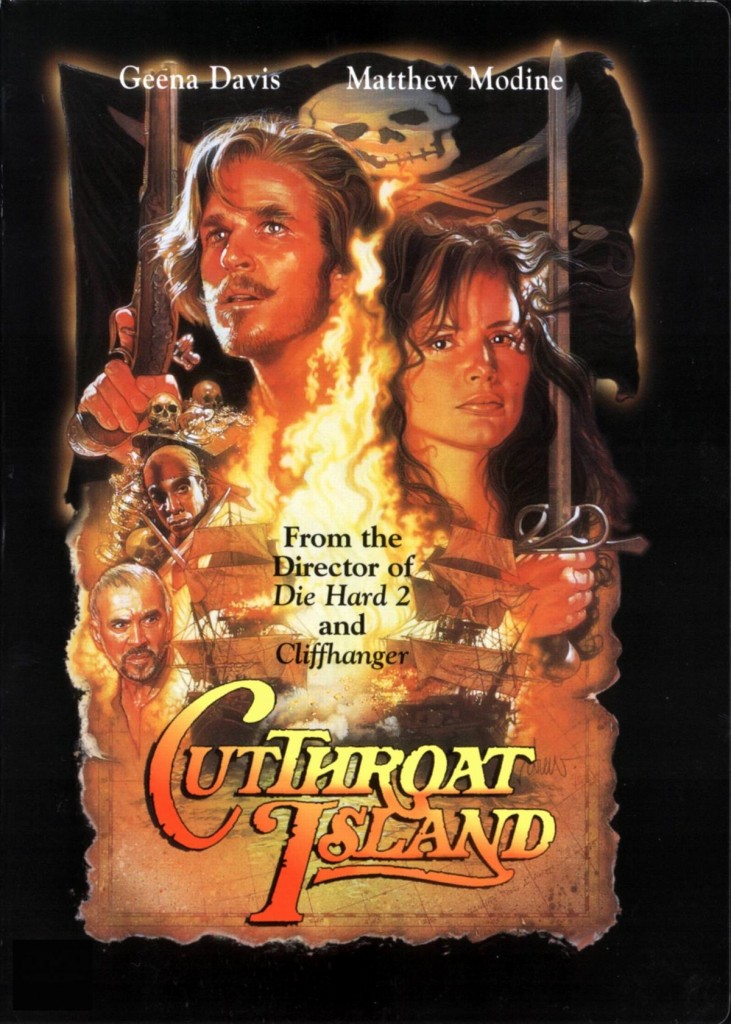 Few films have the reputation that Cutthroat Island do.

At the time, it was one of the most expensive films ever made (with a reported budget of $115 millions), however upon its release it took just $10 million at the global box office making it the, if not one of the top three, box office bombs of all time when adjusted for inflation.

It is also responsible for shutting down Carolco Pictures, the studio that had previously produced Terminator 2: Judgment Day, Total Recall, and the first three Rambo films, and making pirate films box office poison until Johnny Depp gave the world Captain Jack Sparrow in 2003. 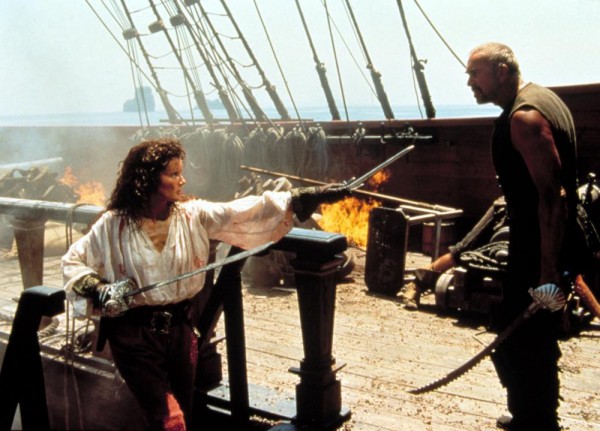 Despite being directed by Renny Harlin, who had serious Hollywood clout after directing Die Hard 2 and Cliffhanger, the production was a nightmare – the script was constantly being re-written, sets were constructed, then torn down and rebuilt and Harlin decided to cast his-then girlfriend, Geena Davis, as the lead.

Now, we like Geena Davis. With the right material, she can be funny, sassy and downright sexy (see her later collaboration with Harlin in The Long Kiss Goodnight). However, in Cutthroat Island, she is lumped with some of the most awful and wooden dialogue ever written. It also doesn’t help that it appears she is reading most of it off dummy cards. Still, she looks the part, and can dish out a good right hook when the action calls for it.

But this film belongs to one man, and one man alone – Masters of the Universe’s Skeletor himself – Frank Langella. As the villainous Dawg Brown, Langella gets to ham it up to the nines, shooting anyone that gets in his way and growling lines like “Who wants to die first?” He clearly realised what kind of film it was during production, and plays up the cheesy aspects. At one point, he even raises his arms into the air during battle and shouts, “I love this! I love this!’

So for our annual outdoor screening, we’re dusting off this notorious bomb and will be screening it to the people of Bristol who appreciate a film featuring good old fashioned swashbuckling, a rousing score and some spectacular action scenes that don’t skimp on the pyrotechnics!

When: Saturday 20th August. Arrive for 8.00pm – film will begin after sunset

Location: Victoria Park, in front of the playground near Mrs Brown’s cafe

The screening will continue even if it rains. Only a severe weather event will put us off!

Ticket holders are encouraged to bring picnics and make an evening of it.

Certificate: PG (there may be prizes for anyone who wants to dress up as a pirate!)

Tickets: £5 (in advance) (FREE for children under the age of 10) (all profits going to Friends of Victoria Park in association with VPAG)

ADVANCE TICKETS NO LONGER AVAILABLE. TICKETS WILL BE AVAILABLE ‘ON THE DOOR’

A female pirate and her companion race against their rivals to find a hidden island that contains a fabulous treasure.

“If the sight of half-naked, tattooed sailors firing cannons at each other shivers your timbers, climb aboard. Even passable pirate movies don’t sail by every day.” USA Today

“It’s a one-of-a-kind, full-steam-ahead practical pirate event bolted together with minimal attention to thespian proficiency, it sustains a special rhythm of eye candy and fortitude that makes it an enduring curiosity.” BrianOrddorf.com

“So yeah, it’s kind of fun. Even if it’s not very good…” DVDTalk.com