This July, we’re doing a special killer robot double bill with Chopping Mall (aka Killbots) and Runaway (complete with a panel of horror/sci-fi experts)! 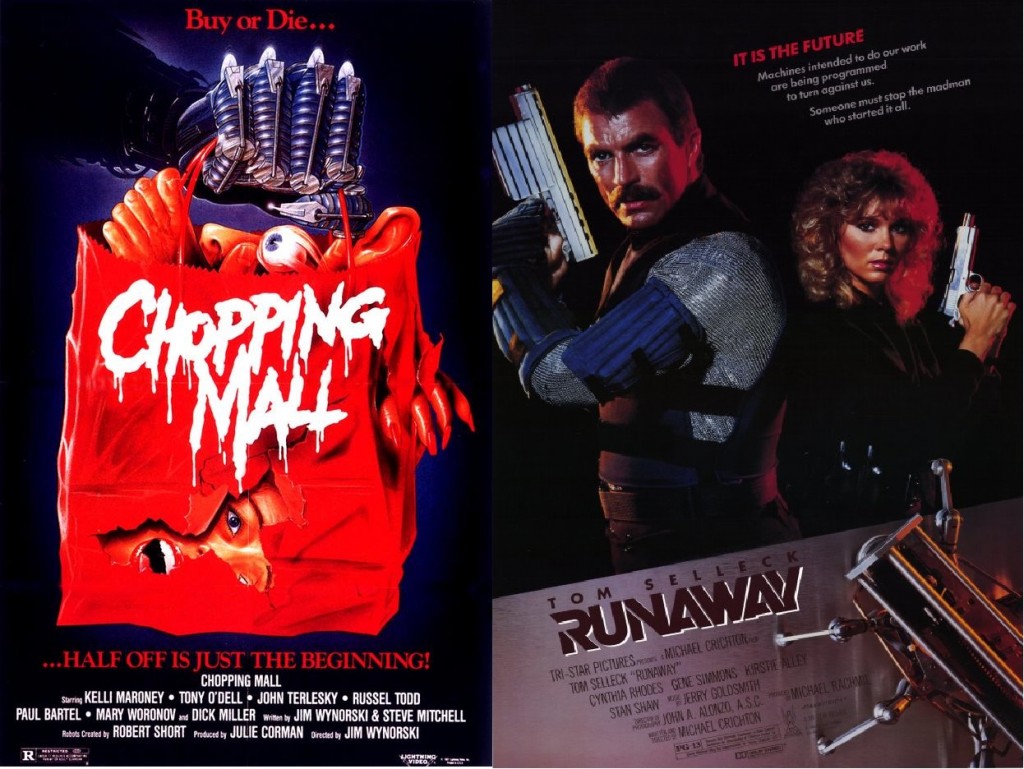 Robots, exploding heads, nudity, Gene Simmons, this double bill has it all!

Chopping Mall: Eight teenagers are trapped after hours in a high tech shopping mall and pursued by three murderous security robots out of control.

Runaway: In the near future, a police officer (Tom Selleck) specializes in malfunctioning robots. When a robot turns out to have been programmed to kill, he begins to uncover a homicidal plot to create killer robots… and his son becomes a target. Also stars Gene Simmons (of KISS) and Kirstie Alley.

We’ve been trying to screen Chopping Mall for ages, but permission (and the fact that all of Bristol’s shopping centers said no to us screening it after hours) has always eluded us. This time, we went straight to the source  – New Horizons Picture Corp and they gave us permission with no charge. God bless you, Roger Corman!

Not just that, but our second feature Runaway has another classic villainous performance from KISS’s Gene Simmons to rival his turn in Never Too Young To Die which we screened last year.

This special double bill will also be preceded by a special panel of film and horror experts that will introduce the audience to the world of killer robots.

Tickets: £8 (all profits going to Smile With Siddy)

“Disreputably fun… just about the best low-budget movie about killer robots destroying a shopping mall that can ever be produced.” Antagony & Ecstasy

“A cautionary tale about robots run amok that ages as badly as keyboard ties and shoulder pads.” Mania.com

“Once it turns from the hardware and the action to people, you can hardly believe your eyes or your ears.” Time Out