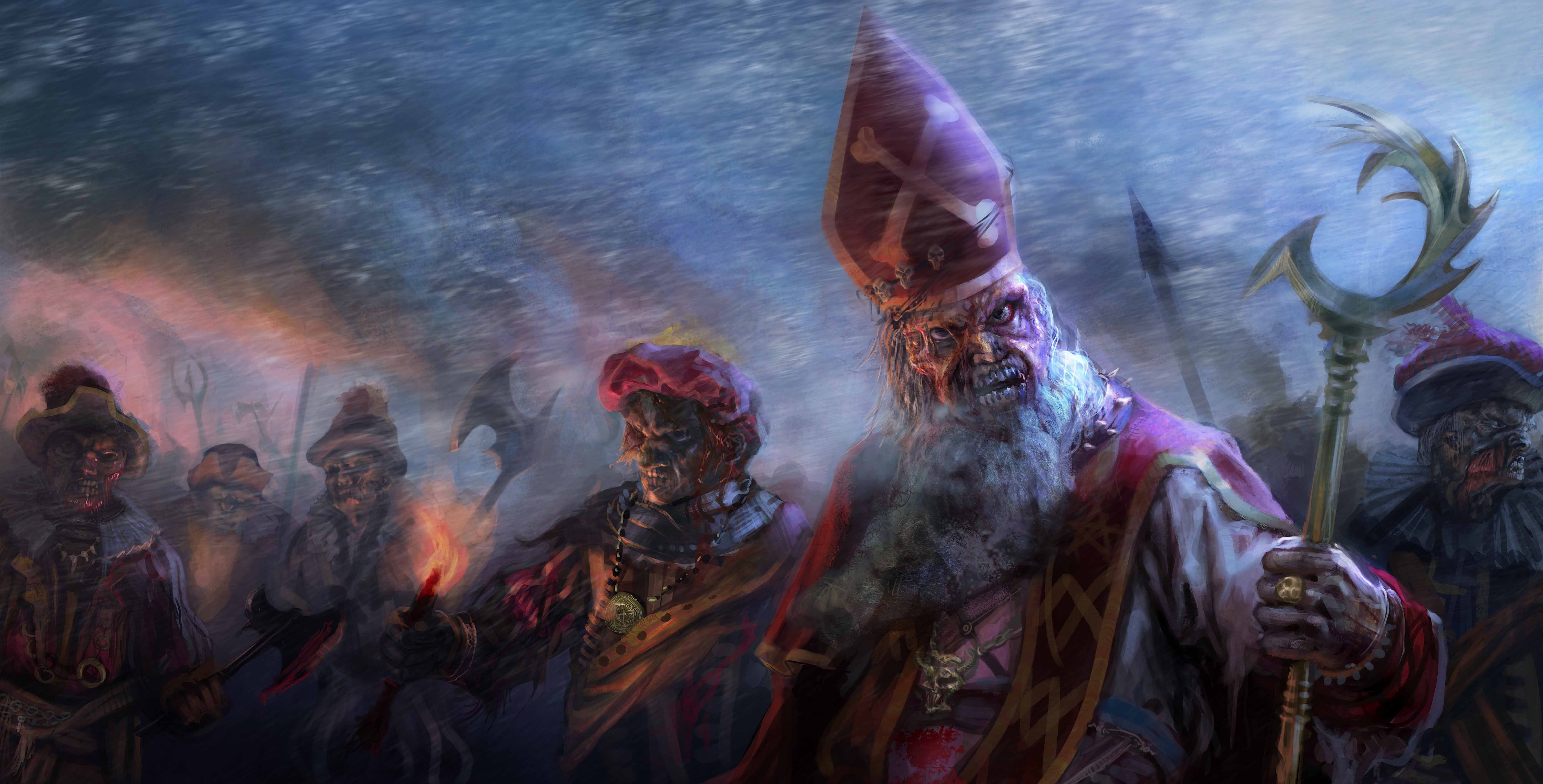 Christmas is usually a time of giving, caring, and sharing, but if you’re the maker of exploitation movies, it’s also a time for brutal murders by killers in Santa Claus suits, deadly snowmen or, in the case of our screening this month, genetically-engineered Nazi elves with a taste for virgins.

With that in mind, we look at some of the most recent Christmas horror films that you may not have heard of.

This recent Dutch horror film sees St. Nicholas portrayed as a murderous bishop who kidnaps and murders children when there is a full moon on December 5. If you ever wanted to see Santa as a medieval zombie saint who likes to wield his staff with brutal efficiency, this is for you.

Ever wanted to see American Pie’s Shannon Elizabeth assaulted by a killer snowman in the shower? What? You have? You’re weird…

Either way, this film is for you. Worlds apart from the Michael Keaton-schmalz fest that came out around the same time (and is the subject of a fantastic How Did This Get Made? podcast), this Jack Frost sees a serial killer become a snowman after he is involved in a car crash with a genetics truck!

Always thought Christmas movies were missing a zombie/post-apocalyptic vibe? Then check out this low budget horror flick from the creator of Bubba Ho Tep.

In his quest to fulfill a promise made to his wife, Calvin sets out to right his wrongs and make it the best Christmas ever for his family. If only it wasn’t June and the majority of the population, including his wife and daughter, hadn’t been turned into flesh-eating snappers by a mysterious atmospheric phenomenon, he’d be in pretty good shape. Driven by guilt in a race against the apocalyptic clock, Calvin teams up with G.M., a wily ex-garbage man turned undead slayer, as together they attempt to deck the halls during the most magical time of the year. It’s Christmas in June. And snappers be damned… The lights and decorations are going up.

When a dark force takes over the morgue, a ragtag band of heroes has to save humanity from the growing army of walking dead.

So cheap, so nasty, but how many other films feature aliens that look like mothballs to have their revenge upon the Polonia family from the first film?