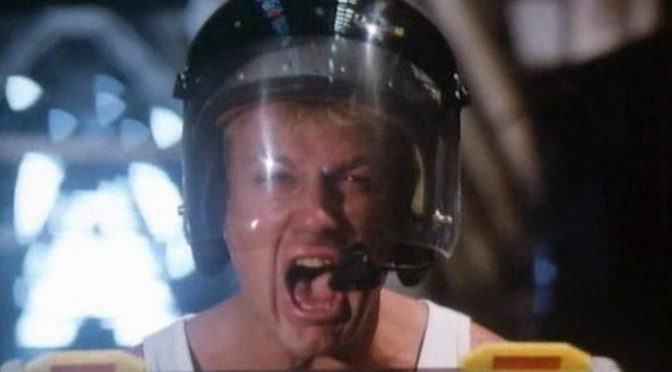 The film that inspired the greatest episode of Mystery Science Theatre 3000 (in our opinion!) 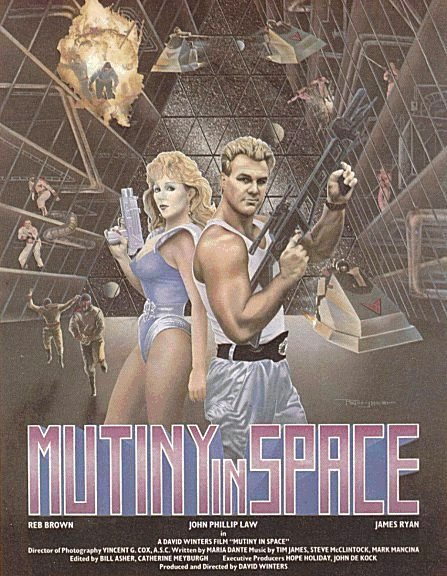 Guys, on April 14 the awesome Mystery Science Theatre 3000 will return with Nerdist’s Jonah Ray hosting the new series on Netflix! We’re so excited, we’ve decided to screen the film behind one of the funniest episodes of the original series – SPACE MUTINY!

There is so much going on with this film, and we’re not even talking about the usual production nonsense that goes on with these kinds of films.

Brown has starred in some of the greatest B-movies of all time – Yor: Hunter From The Future! RoboWar (it’s an Italian remake of Predator… with a killer robot)! Strike Commando! The Sword And The Sorcerer! God, we really should do a Reb Brown Night… either way, in this he looks like a steroid infused Flash Gordon cos-player. In a good way. 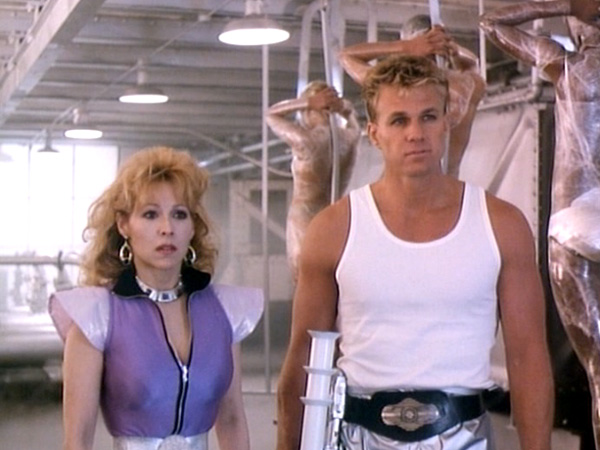 Oh, and then there’s the fact that ALL the space battle footage has been pilfered from 70s series Battlestar Galactica!

Oh, oh and that there are WINDOWS in the spaceship with SUNLIGHT coming through. It’s almost like it was mostly filmed in a big industrial warehouse.

Oh, oh, oh – and how they’ve stuck big keyboards on the wall to make the sets look ‘futuristic’!

And that bit where a character dies in one scene and then shows up 5 minutes later because continuity barely registered with the film-makers!

We haven’t even mentioned the space disco where people strut their stuff on the dancefloor with the help of hula hoops!

Do yourself a favour and get your ticket now, because they are going to go fast!

Tickets: £5 (profits will be going to Kids Kino Project)

A pilot is the only hope to stop the mutiny of a spacecraft by its security crew, who plot to sell the crew of the ship into slavery.

“Ah, Space Mutiny. Truly the stuff of legendary awfulness. Reportedly, the movie was filmed in South Africa, and if that’s true, that would make it only the second worst thing to originate in that country.” Agony Booth

“In a sick way, it’s somehow fascinating to see this movie and all of its problems. Kind of like staring at a train crash. You just can’t believe it’s really happening right in front of your eyes.” MonsterShack.net

“No aspect of Space Mutiny is ruined by even a slight whiff of competence. There are no unwelcome surprises from a supporting actor with talent. No line of dialogue is clothed in logic or wit. The technical requirements of film making are dutifully ignored. It truly is a delicious all around shambles.” Bride of Crapula