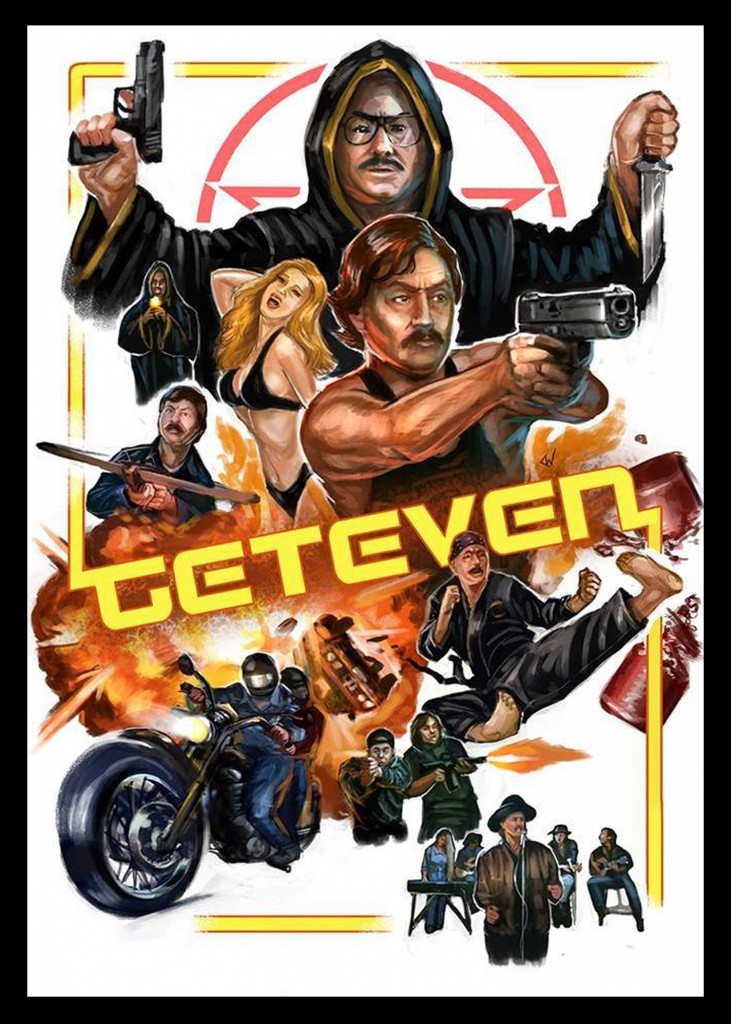 Some of the most memorable films we’ve shown are often the result of one person’s vision. Whether it’s Tommy Wiseau’s The Room, John S. Rad’s Dangerous Men, YK Kim’s Miami Connection or James Nguyen’s Birdemic: Shock and Terror, nothing is better than watching the unedited, unfiltered and unorthodox cinematic decisions made by a single ego.

However, while Tommy Wiseau may have written, produced, starred and directed the ‘Citizen Kane of Bad Movies’, he didn’t sing on the film’s soundtrack and therefore falls short of John De Hart’s accomplishment.

John De Hart was (and still is) an LA-based attorney with a dream, a dream to become an action star and GetEven (aka Road to Revenge, aka Champagne and Bullets) was his passion project. That is why not only did De Hart pay for this film out of his own pocket, he wrote, produced, starred, directed, composed the soundtrack, narrated the film’s original trailer, but also sings it in. That’s right, John De Hart sings love ballads over his own sex scenes with Playboy Playmate Pamela Jean Bryant (of course you’d cast a Playboy Playmate to be your girlfriend)! 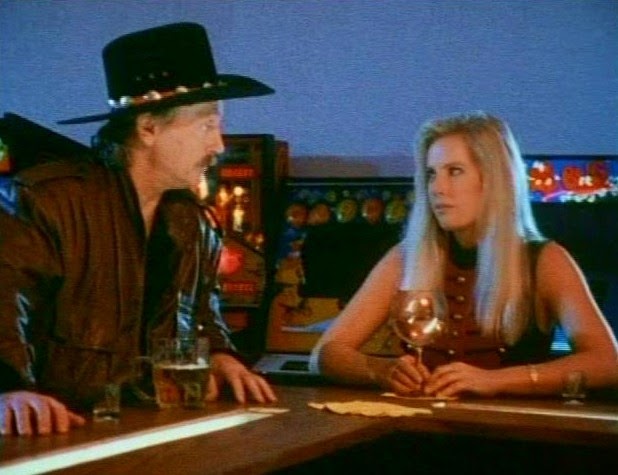 This wonderfully awkward and highly ambitious low-budget endeavor was filmed in 1993 with additional footage shot in 2007 before its long overdue release the following year.

De Hart’s character of Rick Bode is, in his eyes, the embodiment of the all-American man. He has Southern manners, a glorious mustache, a wardrobe consisting of track suits, cowboy hats, American flag shirts tucked into black leather pants and can make the panties of any woman drop with his rendition of the line dancing ‘classic’ “Shimmy Slide”.

And then there are movies that render you speechless except for repeatedly exclaiming “HOLY SHIT” to no one in particular. When you finally regain the ability to speak, all you can use it for is to force everyone you know to witness what you just have.

“GETEVEN” is one such movie.”

Ex-LAPD detective Rick Bode finds his social life intermingling with some corrupt cops and a cult of baby-sacrificing Satan-worshippers when his hot, blonde girlfriend is targeted by the group, as well as an evil nemesis from the past.

THIS SCREENING IS NOW SOLD OUT

“ The script is ridiculous, the fight scenes have terrible choreography and the lead actor/director/etc. is incompetent. This almost rivals Samurai Cop in its tackiness.”  Zero Star Cinema

“For its one hour, twenty-nine minute and thirty second entirety, I sat transfixed, eyes bugged out, mouth agape, in stunned silence at what I was beholding. I’m no stranger to films that surpass bad and come full-circle as works of art in their own right. I’ve seen all the classics – Troll 2, The Room, Birdemic, etc… I thought I was prepared. I wasn’t.” MovieBoozer.com

“It is a cinematic catastrophe of such epic proportions it actually somehow manages to transform itself into an amazing work of art that you can definitely add to the steadily growing list of Z-grade films receiving cult status based on the entertainment value of their filmmaking ineptness.” Chud.com