Ahead of our Samurai Cop double bill, we were fortunate enough to put some questions to Gregory Hatanaka, director of Samurai Cop 2: Deadly Vengeance about the challenges of making a sequel to a cult classic, hiring a blind cinematographer, a co-producer getting arrested and working with the likes of Bai Ling and Tommy Wiseau. 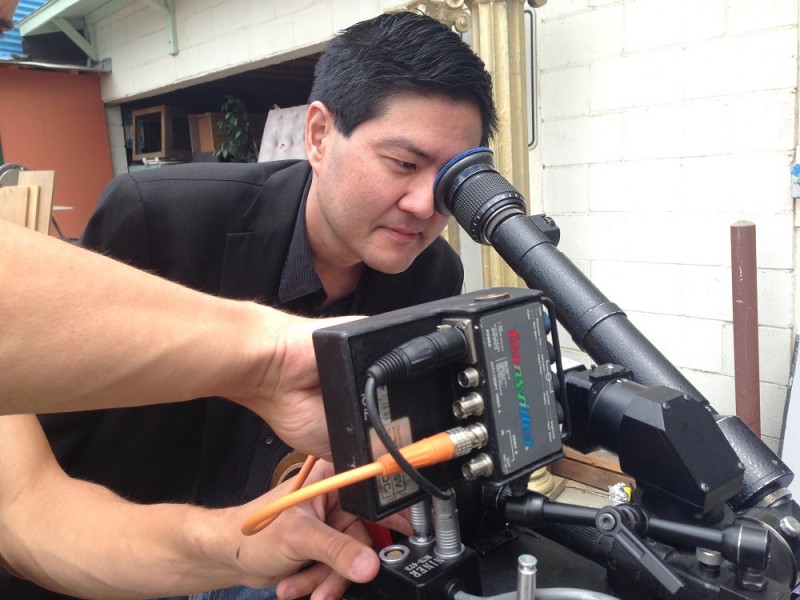 Over the years, the cult of Samurai Cop has grown dramatically, so at what point did you decide you wanted to make a sequel?

In 2012, while working on another film, we discovered the original 35mm negatives to Amir Shervan’s films at the studio. They’d been stashed into piles for years, gathering dust and had been damaged by the elements via leaks in the roof. We made an arrangement with Shervan’s son Ben to distribute the films and the first to be restored was Samurai Cop.

I booked the film into cinemas here in the US and discovered pockets of fans here and there of Shervan’s work. Andrew Martin, who runs the Amir Shervan Facebook page, was very instrumental in helping us to locate Mark Frazer, who was the first actor to be part of this process. It had been assumed that Matt Hannon had passed away. IMDB listed his year of death and Andrew and I found an obituary and headstone. We contacted Matt Hannon’s siblings, who all ignored us. So Mark Frazer flew in to the Los Angeles premiere of Samurai Cop at the Nuart Theatre and was joined by Gerald Okamura, Peter Palian, and Jimmy Williams. We were impressed with the turnout and the crowd’s enthusiasm and it was at this point that Mark suggested we create a sequel that he would produce with us. The initial plot of the sequel focused on Frank Washington teaming up with Joe Marshall’s daughter to find Joe’s killers and the mystery of his death.

Why make a sequel to a film that is notoriously ‘so bad, it’s good’ and why try to recapture that ‘lighting in a bottle’?

We weren’t trying to recapture ‘lightning in a bottle’. Earlier in 2006, I had met with and spent time with John S. Rad, while trying to get the rights to Dangerous Men, and I became obsessed with this little known pocket of cinema that he and Amir basically dominated during their time in Los Angeles. I became a real fan.

Through the two year process of restoring Samurai Cop for HD release, we tried to hunt down everyone who was ever affiliated with Amir’s films to help us put the picture together of who this man was and to help with interviews for the Amir Shervan Blu Ray Collection including Melissa Moore, Robert Z’Dar, Gerald Okamura, Harold Diamond, Janis Farley, Cranston Komuro, Joselito Rescober and Alex Virdon.

The process was very exhausting and frustrating: Joselito Rescober we stalked constantly through his sons, nephews and brother, all who thought this was some sort of odd prank being played on Joselito. When all was said and done, we had assembled quite a bit of the original cast and crew from his films and it became this passion to keep them altogether so I could have the joy with working with them all in a film.

The fan in me simply wanted me to see them all onscreen together, even if I was the only one to get full orgasmic satisfaction from seeing this, I didn’t care. So there was never any conscious issue of trying to capture lightning in a bottle again. It was more of the idea of taking Amir’s work a step further 25 years later. 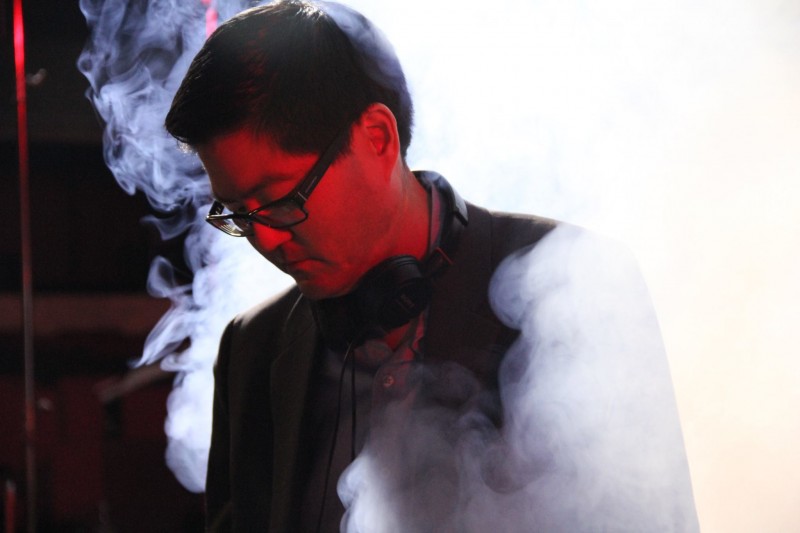 Before Matt’s ‘resurrection’, the script focused primarily on Mark Frazier’s Frank Washington – how different would that film have been?

It would have played out very differently. It was a much smaller scale film with Frank teaming up with Joe’s daughter to find Joe’s killer. Gerald Okamura and Robert Z’Dar were going to return as the villains. The tone of this initial story was a bit more serious than what you see now. Things changed when Matt came back from the dead and the rest of the actors coming aboard, such as Bai Ling and Tommy Wiseau, made it become more of this graphic novel type opera.

How did you discover Matt Hannon (Karedas) was actually alive?

Although he had been posting as himself on the message boards on IMDB, I had never seen his messages so I found out the way the rest of the world did that he was still alive: on his Youtube video. It was like the world changed instantly and we had to figure out what to do now!

How did Mark feel about the script changing once Matt became involved with the film?

Mark was delighted, but at the same time couldn’t hide his disappointment. He had planned to move back to LA from Florida and viewed his lead in the sequel as something of a return to film. In fact, he hadn’t made a film since the original Samurai Cop.

However, once he saw the pandemonium and craziness that resulted from Matt showing up from the dead, I think he truly saw the international support for the film and that it would help the sequel to bring him and Matt back together. We weren’t really sure if Matt supported anything “Samurai Cop” at all as his initial response was like many others: one of confusion and not fully understanding the adoration of dedicated fans over the years.

Initially, Mark was to remain the lead in the film and Matt was going to make a cameo at the very end of the film. In this original ending, Frank Washington and Joe’s daughter solve the mystery of her father’s death, kill the bad guys and move on with their lives. Frank wants to retire, so the new captain, puts on a retirement party for Frank. Frank goes home and in the darkness, an ominous figure sits at Frank’s table. The light slowly turns on in the house, giving the figure a dreamy-ghostly like glow. Dolly in on Joe Marshall who says, “I am back Frank”. Frank smiles and winks to the camera. — THE END 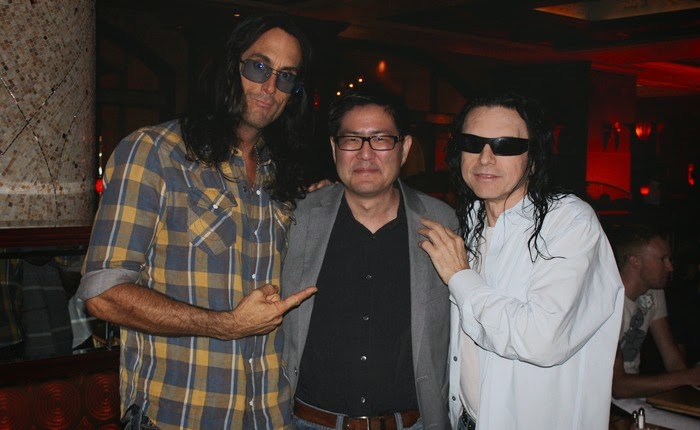 Matt has mentioned how much the story changed to meet the film’s ever-shrinking budget – as the director how did this impact your original vision?

For a bad film genre like this and the joy of watching these kinds of films, I never thought making the sequel would become the nightmare it was, nor that it would be the most difficult of my films to date. I can’t go into some of the major reasons as to why the film became what it became, I am sure you can guess some of the obvious reasons, but when you assemble such a large cast and crew as this, all coming from different walks of life, different parts of their career, some of them just plain insane, us having little money to achieve filming a very ambitious script, you have a recipe for a cinematic circus that really took on its own psychotic life on and offscreen.

Day to day we never knew if we’d have to shut down the film due to offscreen conflicts going on, lack of funds, etc. To get cheap locations within our budget, we were forced to shoot on Christmas holidays and when shooting got extended, we lost some of our sets such as the space set or police station locations, which is why the space element suddenly disappears out of nowhere.

Getting through the shoot with most of my sanity intact was all that I cared about. I think that when all was said and done, we probably used less than 50% of the actual shooting script. The rest had to be written on a day to day basis based on what was occurring offscreen. My writers Tony Young and Rich Mallery were preparing up to three versions of the script on any given day, based on who was going to show up or not show up on set or what key crew member was going to freak out.

One of our co-producers, for example, was arrested and taken away from set during a particular costly shoot day. I don’t suppose I helped things out either by trying to put out the fire with gasoline. For example, as a means of channeling Amir’s blessing for our shoot, I asked his original cinematographer Peter Palian (who also shot Dangerous Men) to shoot our film for a couple days as a guest cinematographer. The only problem is that Peter is blind and couldn’t read the script or even see the TV monitor of what we were shooting. My crew were certainly perplexed on those days.
Given all of these shenanigans, the film had to be re-written during editing and the missing pieces done during reshoots thereafter.

What do you think Amir Shervan (director of the first Samurai Cop) would think of the final film?

While the film isn’t in the style of Amir’s films, I do think he would have a great appreciation for it. Seeing how much his work has now become so much of my life, I hope he would have giving me his blessing in bringing back his characters after 25 years. 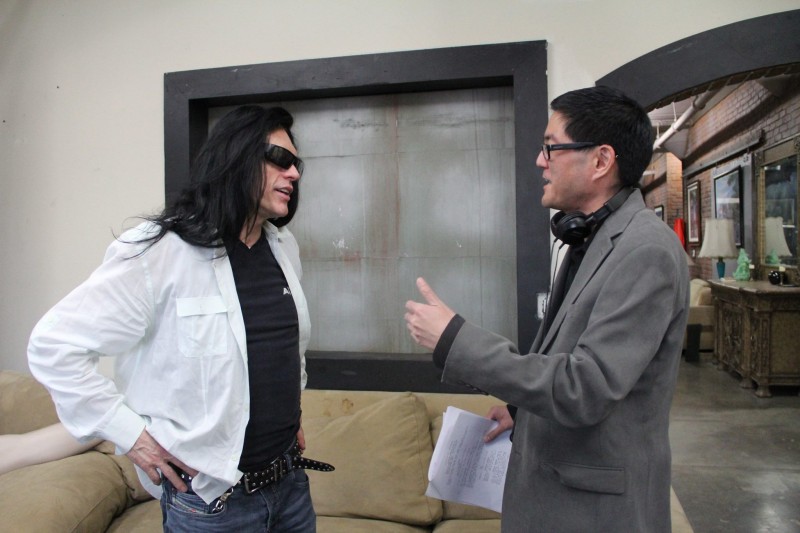 What was it like directing Bai Ling and Tommy Wiseau – two actors who are not above making up their own lines?

Believe it or not, very few of their lines were made up. Bai may have changed a word here or there with my approval, but both of them were an honor to work with. Tommy is simply amazing in this.

Are there any plans for Samurai Cop 3 and if so, what’s next for Joe and Frank?

We are waiting to see how the sequel does but I feel as though Part 2 could serve as a “bridge” between 1 and 3. I see Part 3 as closer to the original film, downscaled quite a bit, just a few characters and Joe and Frank really teaming up together for one last time in stopping crime in LA. I’d even like to shoot in all on 35mm film just like the original. I don’t think our leads got close with Part 2 and I’d like to see that happen in Part 3. And I’d like to see Joe fire a gun again at the very least.

You’re also planning on doing a film called Extremes with Tommy Wiseau – what can you tell us about that?

Tommy had such a great experience shooting Samurai Cop 2, that we’ve been talking about a project for him to star in. Extremes will follow Tommy, who plays a nihilistic Alan Delon-type detective who must capture a killer on a train, but also falls for a girl and must choose between love or his obsession to catch the killer. The Room is a very dark film of unrequited love and is very romantic in its own way. So I hope to bring some of that into this film along with cool scenes of Tommy firing guns and kicking people’s arses.