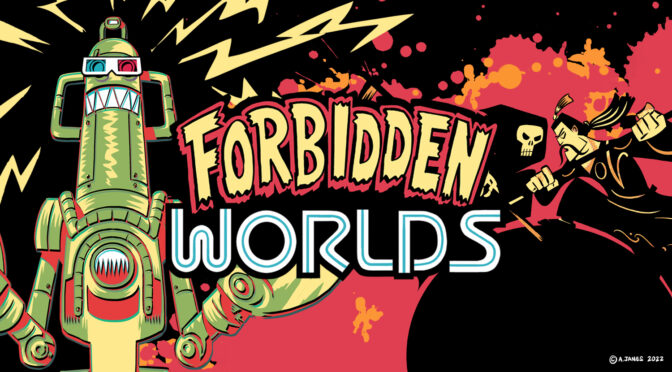 A new genre film festival is coming to Bristol to celebrate 40 years of 20th Century Flicks!

That year, Bristol’s beloved video shop, 20th Century Flicks, opened its doors for the first time. Over the past forty years, it has survived the transitions from VHS to DVD to streaming, and remained a key fixture in the city’s cultural landscape. To this day, you can still rent out discs and tapes, or hire one of its two private cinemas.

Also in 1982, film fans were treated to a huge number of genre classics on the big screen – and so we hit upon an idea…

To celebrate 20th Century Flicks turning 40, a new film festival will come to Bristol in May. Forbidden Worlds will be a three-day event, dedicated to genre cinema with a particular focus on some of the classics and curios that emerged in 1982.

Hosting the event is the former Bristol IMAX, situated in Bristol Aquarium. Originally opened in 2000, this venue has tiered seating for 315 persons and is site to an impressive 19m x 15m screen – truly a big screen experience!

CHECK OUT THE FESTIVAL SCHEDULE