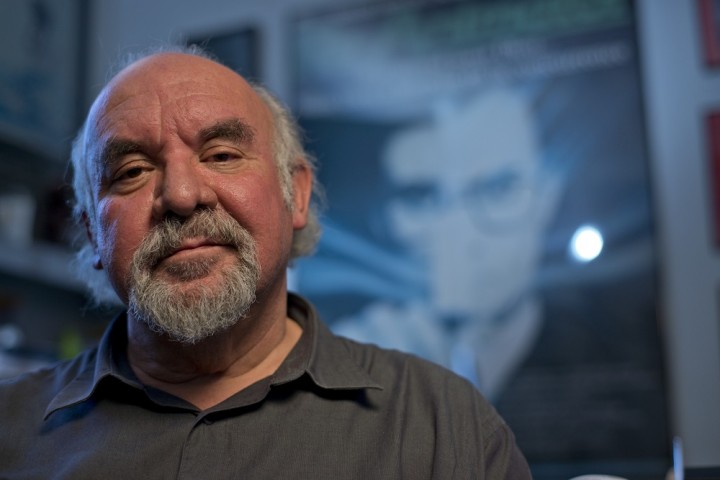 We speak to the director of Re-Animator, From Beyond and Fortress about his cult masterpiece ROBOT JOX!

Ahead of our screening of Robot Jox at Grain Barge and, as it turns out, the month before it gets a US release on Blu Ray, we were able to reach out to cult director Stuart Gordon about the film’s tumultuous shoot, any coincidental comparisons to Pacific Rim and his friendship with the Re-animator himself Jeffrey Combs.

Thanks for taking the time to talk to us! How did you end up as director of Robot Jox? Did you seek out the project or did Empire Pictures come to you? The often-unreliable Wikipedia says the idea came to you due to the popularity of Transformers…

The film was my idea. As you mention I am a big fan of the Transformer toys as well as Macross and other anime featuring giant robots. I kept waiting for a live action Japanese movie to be made featuring this amazing concept, but it never happened. So I decided to make one myself. I had a three picture deal at Empire pictures and was able to convince CEO Charles Band to finance the film.

There are also rumours that it’s meant to be a quasi-sci-fi take on the legend of The Illaid – is this true or is it one of those urban legends that has grown over time?

That’s true, Robot Jox is a retelling of the story of the great warrior Achilles from The Illiad (a fact that not a single critic ever seemed to notice.) Unlike the legend we changed the sex of his lover from male to female. 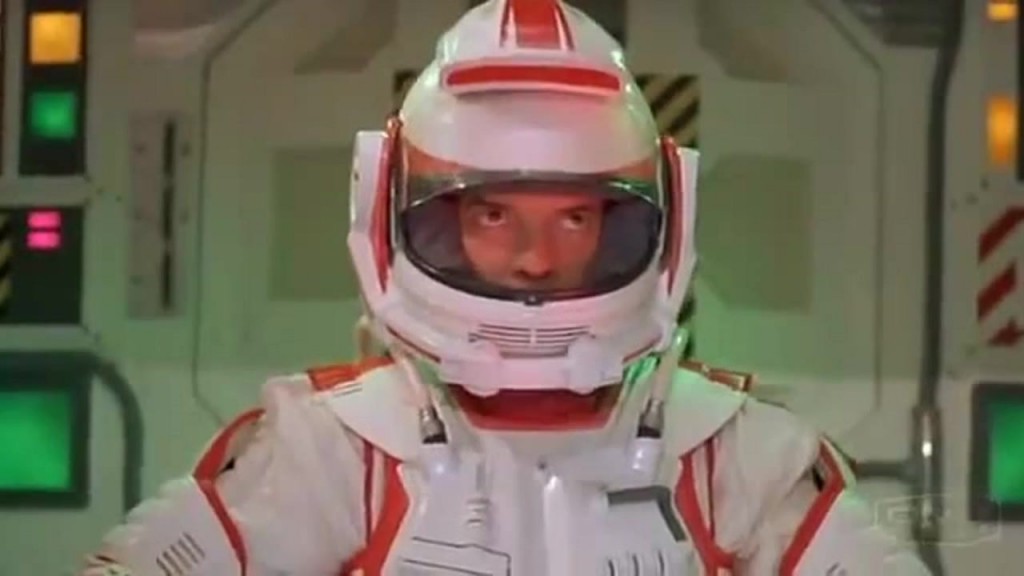 Your clashes with author/scriptwriter Joe Haldeman are well documented, but can you explain your differing visions of the project?

Joe Haldeman and I had few clashes during the actual making of the film. Most had to do with the tone of the film. I envisioned the audience to be 10 year-old boys and Joe was writing for an adult audience. My hope has always been that both ages can enjoy the film.

There is some great world-building in Robot Jox and assorted subplots that are just hinted at – the rise of ‘tubies’, how many people (including Achilles) seem to be illiterate and all the posters encouraging pregnancy – where did all these ideas come from and how did you go about envisioning a world post-World War III?

We had many discussions about what a post-nuclear war society would be like. Rebuilding and encouraging people to repopulate the earth with large families would be a big part of it. Some of the predictions were clearly ill-conceived such as the fact that most people in our future world are illiterate. For example, Achilles’ brother is a professional reader. However, we could never have anticipated the existence of the Internet!

This film is generally regarded as the movie that ended Empire Pictures as it was their most expensive production to date. As a director, how much pressure were you under?

Robot Jox did not bring about the end Empire Pictures. They had seven other films in production at the time of its collapse including Arena which had a comparable sized budget to Robot Jox. If anything it was over-extension of the studio’s limited resources that killed Empire. 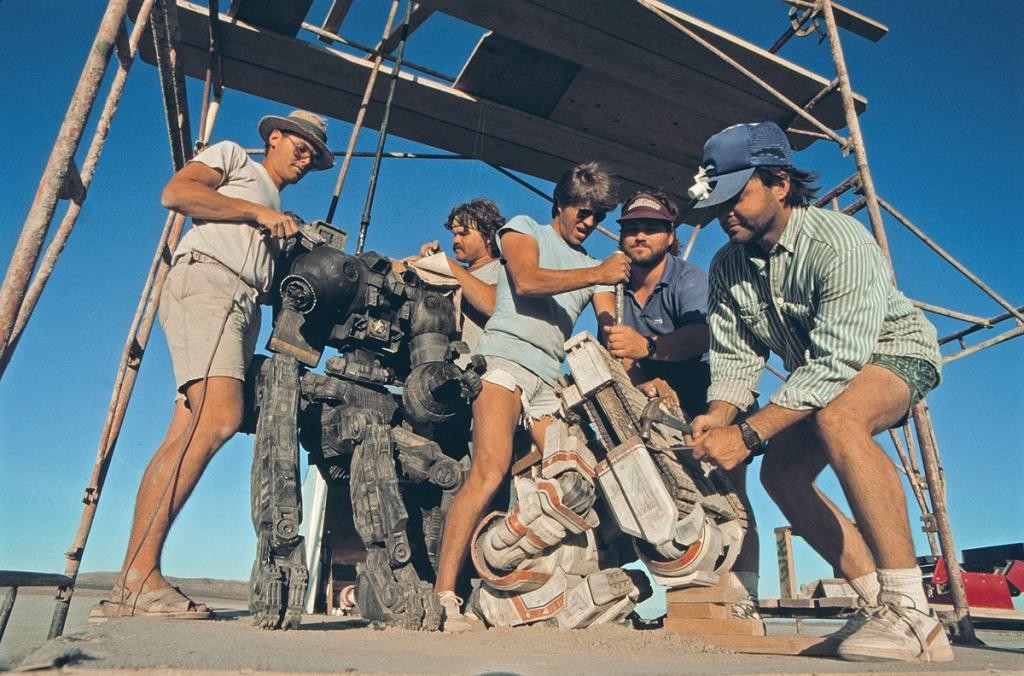 The film was shot in 1987, but wasn’t released until 1990. By all accounts, the production was plagued by natural disasters, but was this the only factor that led to the delay in release?

The release of the film was delayed by Empire Pictures bankruptcy. The new company Epic (now also out of business) took over the film and waited six months before deciding to finish it. The miniature work which was originally planned to be completed in six months ended up taking over a year due to the difficulty of shooting in the Mojave Desert thanks to the wind storms, floods, blistering heat etc.

I must take the credit/blame for the chainsaw penis.

How did your Re-animator star Jeffrey Combs end up getting a cameo? Are you still in touch with Jeffrey these days?

Jeffrey appeared in the film as a favour to me. And yes we are still very much in touch with each other. We continue working together on Nevermore, Jeffrey’s one man stage show in which he plays Edgar Allan Poe.

Speaking of Re-animator, what happened to the animatronic Rufus? Did you get to keep him?

Sadly I have no idea what happened to the Rufus puppet from Re-animator. But I was recently able to work with the original effects guys from the film: Tony Doublin, John Buechler and John Naulin on Re-animator: The Musical. They won several awards for their outstanding work on the stage play.

Are you surprised at the cult following that Robot Jox continues to have?

I’m very grateful that Robot Jox is still being screened and am thrilled that its popularity has grown tremendously over the years. 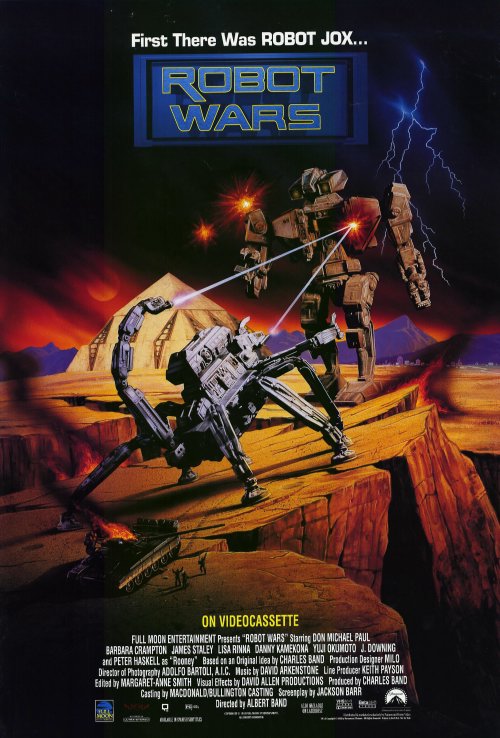 Have you ever seen the unofficial sequels – Crash and Burn (1990) and Robot Wars (1993)? And what did you think of Pacific Rim, which clearly tipped its hat to Robot Jox?

I’ve seen the unofficial sequels which I had no involvement with producing writing or directing. And yes, Pacific Rim has “borrowed” many of the concepts from Robot Jox although Guillermo has never acknowledged it.

What are you up to at the moment? Any plans for more HP Lovecraft adaptations after Re-animator, From Beyond, Dagon and your Masters of Horror entry?

I’m about to do a radio play based on H.P. Lovecraft’s short story The Hound for Larry Fessenden’s web series Tales From Beyond The Pale. My long-time friend and collaborator, Dennis Paoli, wrote the script and it will star Barbara Crampton and Ezra Godden.

Stuart Gordon, thank you for your time!