In the build-up to our screening of STREET FIGHTER at Kongs of Kings Street, we talk to some of the cast and crew about their experiences making this infamous film. In this exclusive interview, we talk to actor Byron Mann about playing one of the game’s most beloved characters – Ryu. 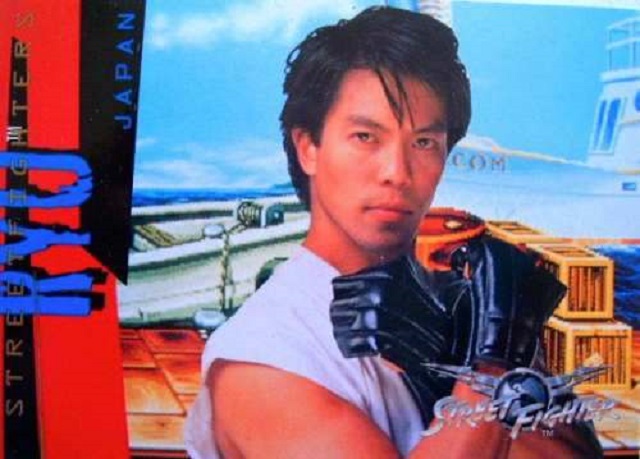 Although (arguably) best known for playing Ryu, Byron Mann has consistently appeared on both the large and small screen for over 20 years. Today, he is probably best known to TV audiences as playing Yao Fei in the first season of Arrow, but has appeared in the likes of American Dragons, Red Corner, The Corruptor, The Man With The Iron Fists and the infamously awful Catwoman.

Taking time out from filming a ‘top secret’ project, Byron was kind enough to all of our questions about his time making Street Fighter… and even a couple on Catwoman! (MILD SPOILERS FOR STREET FIGHTER and ARROW)

I read an article about the making of Street Fighter, which you were interviewed for, and after reading it I had so many questions – how did you end up getting the part of Ryu and were you familiar with the computer games at all?

Well, first of all you have to understand that this was back in 1994, when there were no video game movies. This and Mortal Kombat were the first ones.  I had no idea it was a video game, I didn’t play video games and wasn’t entirely sure what they were all about – I just thought this was a regular movie.

Of course, I soon found out quite a bit about the Street Fighter games.

Did you have any friends that were fans of the games who were excited when you were cast in it?

No, but after I finished the movie, I was playing the video game of the movie in an arcade. This was six months after the production and I was in Hong Kong. I’d seen my face on the side of the machine, so decided to play… and while I was playing, I got pick pocketed – so that was the first and last time I ever played Street Fighter.

The director Steven E. DeSouza was very determined not to make Street Fighter a simple ‘computer game movie’. Apparently he pitched his vision as a cross between “Star Wars, James Bond and a war film” – is that how it was described to you?

Steven had a blank slate as had been no real computer game movies before this, so he could do whatever he wanted. I think Super Mario Bros. had come out, but it wasn’t a big success, so Steven pitched to Capcom (the Japanese company behind the game) his idea to make it really cinematic and they were ok with it.

I had heard Steven really wanted me for Ryu, but Capcom weren’t keen because they had their own actor who’d played the character in various promotions in Japan. He actually managed to get a role in the film I think…

That’s right! Well, Capcom wanted him for Ryu, but his English wasn’t very good, so he couldn’t do all the dialogue. So there was a tug-of-war for a long time and finally there was a compromise. Steven gave him that role, and I played Ryu.

But Kenya is massive in Japan – he plays Ryu there in all the commercials, so he really wanted to play him in the film!

And I heard there was a lot of dispute between Capcom and the American side of the production about how to pronounce Ryu’s name? Is that right?

Yeah, it was a problem from Day One when we were filming on the dock. Damian Chapa (who plays Ken) is meant to say my name and he say “Rye-you”. And I said, “Well, technically the correct pronounciation is “Ree-you”, but I don’t think anyone but the Japanese say it like that.”

That’s how you’re meant to say it, but Steven was there and he listened to both versions and just went, “We’ll go with Rye-you. It’s easier for the American audiences.”

And that was that!

And how did you find Steven E. DeSouza as a director? This was his first feature film and, by all accounts, he had a lot of pressure on him.

He was fine, I think it was just the production in Thailand, because it was so behind schedule. I think every week, we lost one or two days, so after a month, we were a whole week behind schedule, which was pretty serious as it was costing a lot of money.

He’s very good with actors, he’s funny, but it was a lot to handle. The action was handled by Charlie Picerni, a very experienced stunt coordinator, but… they did not get a lot and there was a bit of an episode towards the end of the film.

I heard they clashed because there wasn’t enough pre-production time to properly train the actors and work out the fight sequences…?

That’s right – he actually left the production, or threatened to leave, a week before we wrapped in Australia. The two of them had a serious bow-wow.

In the film you can also see Benny “The Jet” Urquidez as a henchman – was he also there to help with the fight sequences?

No – Benny’s a world-class fighter, so he was there to train us to make sure we could do the action scenes. He was the trainer tasked with teaching us different ways of fighting – and then there were the signatures move we had to learn, which came as surprise to a lot of the cast!

We actually went through half the production without doing any of these character’s signature moves, so we had to go back and insert them in towards the end of the movie.

To make up for the large amount of gun-play in the finale?

Yeah, because the movie was only scheduled to shoot in Thailand and Australia for four months, but when we wrapped there were still 30 pages of the movie we hadn’t shot. So, a month later, we were all summoned to Vancouver to finish the movie! So all the climatic fight and tunnel sequences were all done in Vancouver!

We shot on three different continents, however the film was only scheduled for two, but we went three months over-schedule – but that’s movie-making, it’s never tidy. 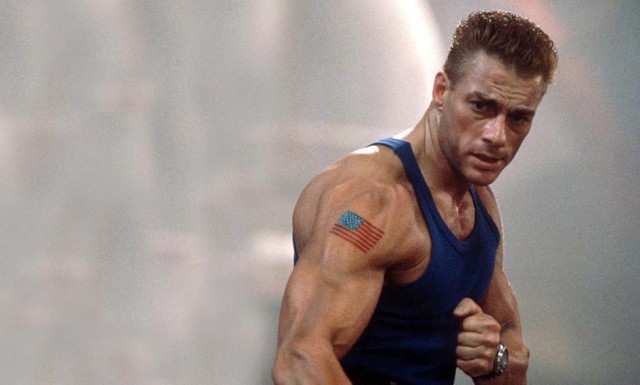 And what was it like filming in Thailand, because I read that there was… um… a lot of temptation for the male members of the cast…

Interestingly, throughout the years I’ve become friends with JC (Jean-Claude) because he lives in Hong Kong, and so do I for part the year. We bump into each other all the time, but when we were making Street Fighter in Bangkok, he invited me out for dinner. So, I asked what was the name of the restaurant and he said: “No Hands Restaurant.”

And he said: “No Hands Restaurant.”

I thought he was joking, so I asked why he was called that and simply said: “Come along and find out.”

So I went down to the address and sure enough there was a big neon sign that said “No Hands” – you couldn’t miss it. So I walked in and JC was there, some of his friends and about 30 women. And it turned out you just have to sit there and the women feed you – you don’t have to use your hands.

And what was it like working with JCVD, because he was at the peak of his career, but was also going through a lot of personal issues at the time?

He’d just got married and he seemed fine. I didn’t know a lot about what he was going through at the time, we just went out, had drinks and hung out.

However, I did meet Raul Julia and he was unrecognisable. He was half of his normal weight due to the stomach cancer and it was unfortunate this was his last feature film.

Watching him in the film, you’d never know he was ill because he steals every scene he’s in.

He was one of the greatest actors of his generation, so I was just honoured to meet and talk to him at the start of my career. 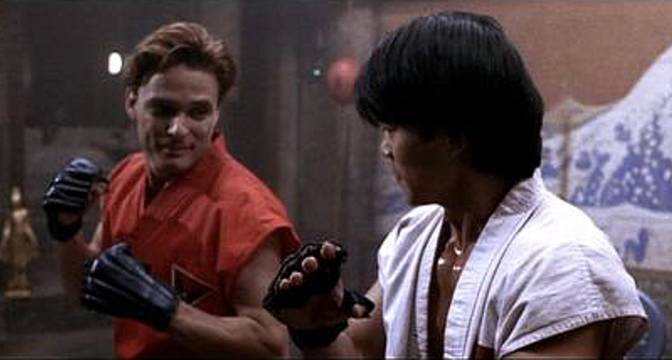 You spend a lot of time with Damian Chapa (Ken) on-screen, are you guys still in touch?

You should call him – because Damian has a lot of stories. He’s one of the most fun guys you’ll ever meet. He’s crazy! We used to find him in the extras trailer. He’d be there hanging out with all the girls. He has a ton of stories. Definitely try and track him down. I bumped in to him at a convention a few years back and he writes and directs his own films these days.

It’s been 20 years since you made the film – does it feel it?

It seems like a lifetime ago – it was my first movie and such a tumultous shoot – it was really a baptism by fire.

Are you amazed people still want to talk to you about it? Does it happen often?

I think it’s because it represents a unique point in Hollywood history, where studios were trying to capture the popularity of computer games, albeit not every successfully. Speaking of infamous films though, you were also in Catwoman…

Yeah, I didn’t know what I was getting into on that. Never saw the script, there wasn’t much to do, I just walked around – got pretty bored to be honest. But, it had big names – Halle Berry, Sharon Stone – but I think 20 writers worked on the script. It was never going to be ‘Dark Knight‘ quality. 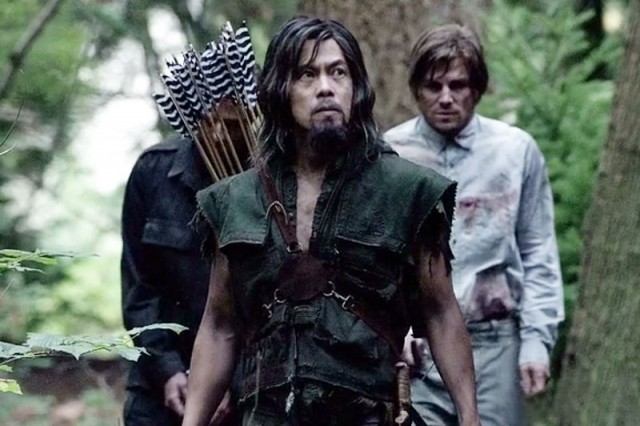 You’ve been cropping up in a lot of things these days. You were in The Man With The Iron Fists and have got a lot of recognition as Lao Fei in Arrow. Are you finding yourself working on more projects as a result?

Is Arrow popular in the UK?

Yeah, it’s got a very devoted following. That and The Flash…

Oh great – well recently I’ve been doing a lot of work in China. I’ve just finished Rise of the Legend – a big period action film – but I can’t tell you what I’m working on at the moment, because it’s confidential. However that’s what I’m doing these days, working out in China on a lot of projects.

However Arrow is enormous in China. I think it gets 3-4 million viewers in the US, but in China, I think it averages 15 million! So I’m quite well known in China as a result, which was a complete shock – I never expected that.

Although since I died, I no longer watch it…

You’re also in one of my favourite cult films The Corruptor – for me, Chow Yun-Fat’s best U.S. film…

I get asked about that all the time! Especially from guys – they recognise me from that film all the time. 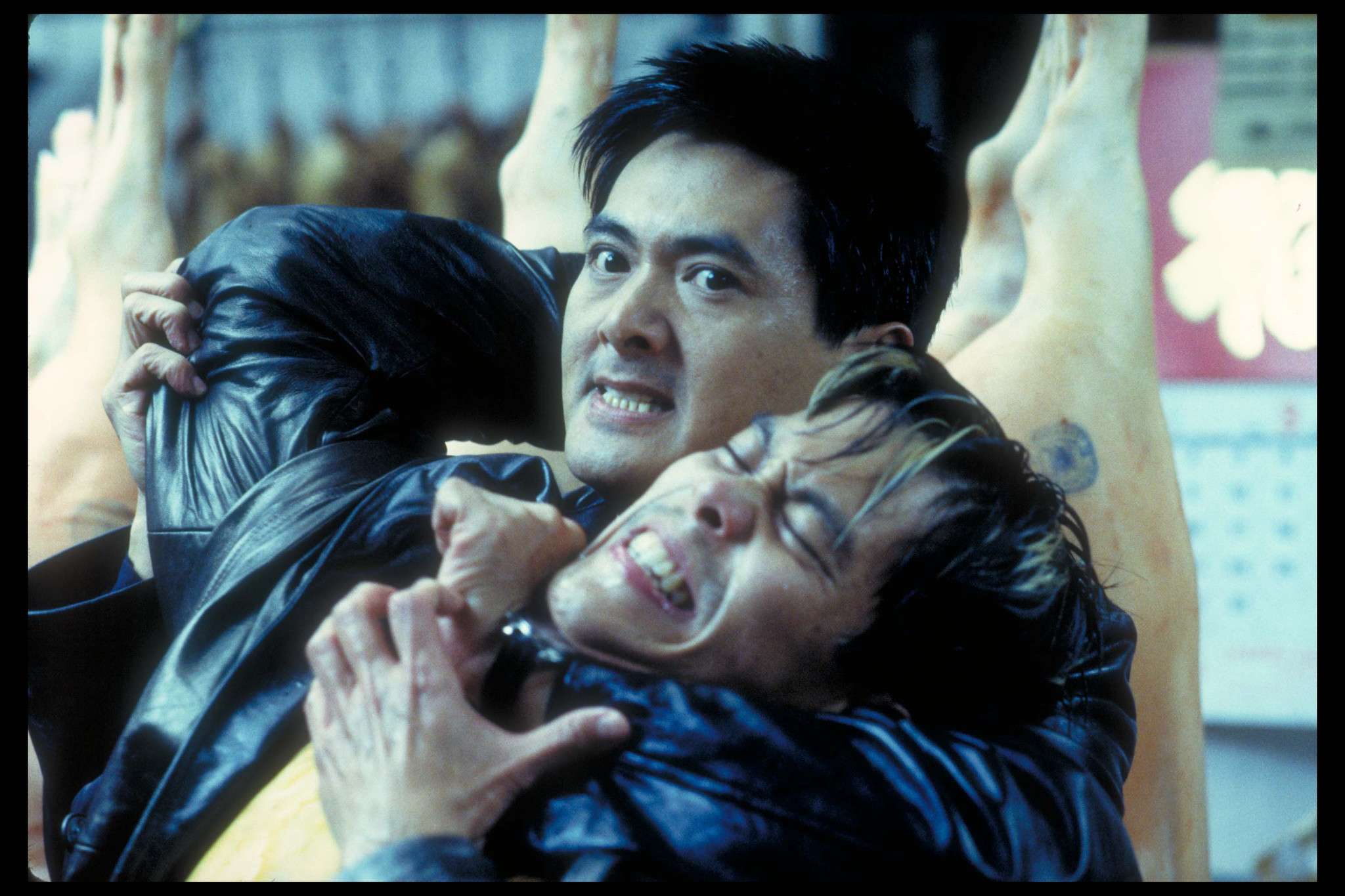 That’s amazing – people never seem to know what I’m talking about when I bring it up.

It’s massive in Asia – people call me my character name all the time.

Byron Mann, thanks so much.