We’re doing a 24-hour bad monster movie marathon to raise money for organisations that will help those threatened by Donald Trump’s presidency.

Last year, the Bristol Bad Film Club raised £670 for Children In Need by hosting a 24 hour bad movie marathon and enduring the likes of Zaat, American Cyborg and a film where William Shatner plays a killer gigolo.

This year, plans were set to do something similar, but then Donald Trump, a man who built his entire presidential campaign on Islamophobia, xenophobia, and violent racism, won the US election.

Much has been written in the past week about the consequences of Donald Trump becoming the 45th President of the United States including how all his hate-filled rhetoric might have been nothing but bluster, however the sad fact is that this man is now in charge of the most powerful military force in the entire world and he has repeatedly stated over the past 16 months that he believes climate change to be a hoax and that he’ll dismantle the Environmental Protection Agency, hinted he’ll curtail the freedoms of the press and, most likely, will put women’s rights back about 60 years.

Faced with all that, we thought we should do something – after all, the Bristol Bad Film Club was started to unite people over something truly awful.

That is why, we’re going to do another 24-hour bad movie marathon of ONLY monster movies.

Now usually we support local charities, but the US election, whether we want to admit it or not, is going to affect us all and the planet in numerous ways, that’s why we’re going to be donating all money raised by this movie marathon to the following charities:

By supporting these charities, we hope to help and support causes that might face a difficult time over the next four years.

So why monster movies?

Well, in the 1950s giant monsters came to symbolise the fears of the age be it communism, atomic power or a genuine fear of giant crabs. Now that a large orange dinosaur is in charge of nuclear launch codes, we felt it would be appropriate. Plus these films often feature some sort of monster grabbing women…

Here is the day’s line-up of films! 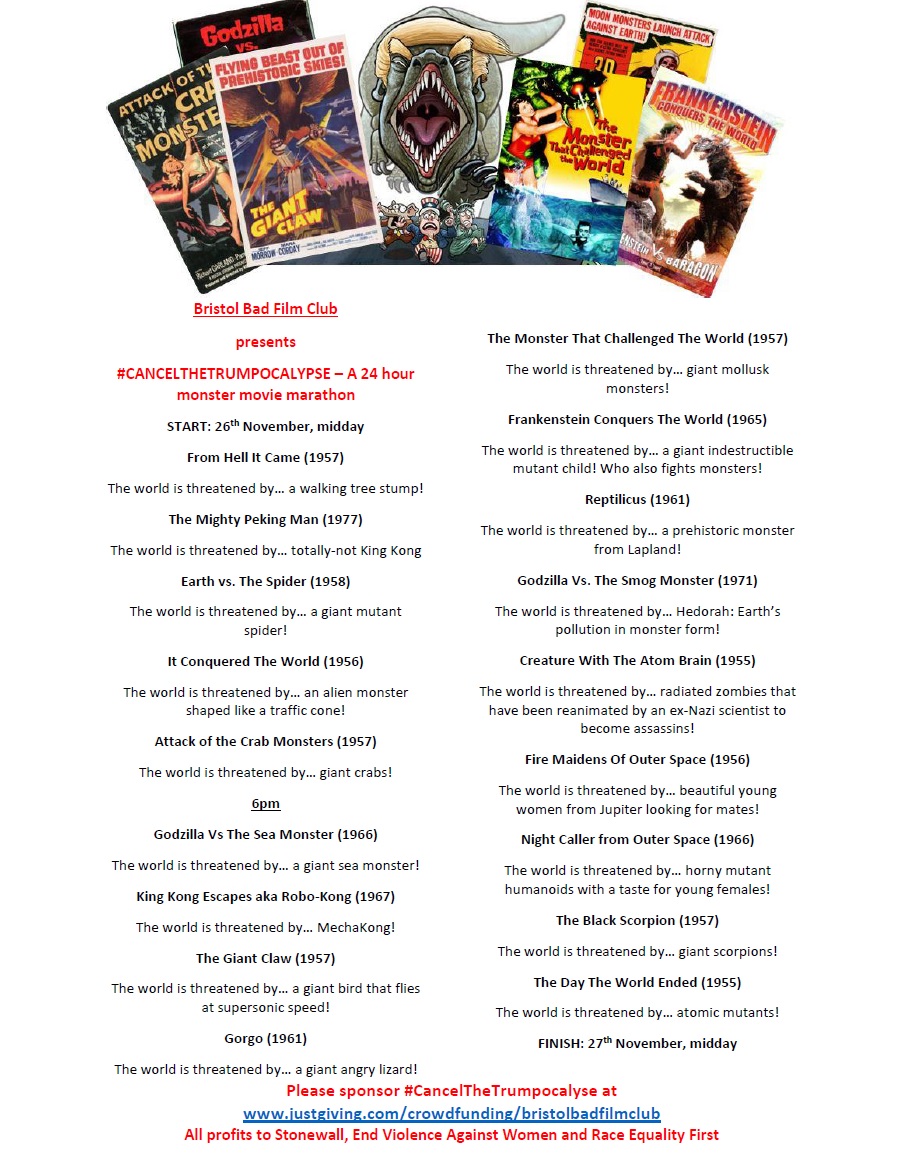 How it works: The public can either sponsor us now by donating HERE or are welcome to come along and watch some films with us on the day. Simply rock up and throw some money in a bucket! There will be a core group of us doing it for the whole 24 hours, but members of the public are welcome to join us for however long they want. Or can endure.

We know this isn’t a march or a candle-lit vigil, but hey, we’re a bad film club and raising money for charities is what we do! 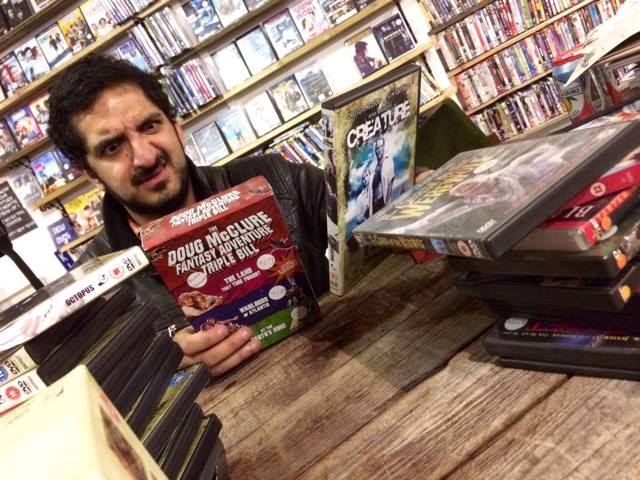