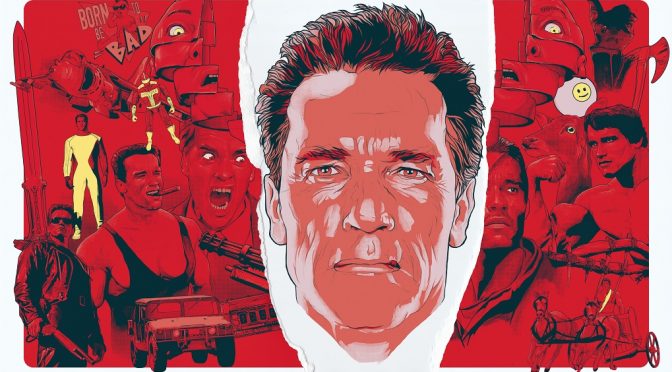 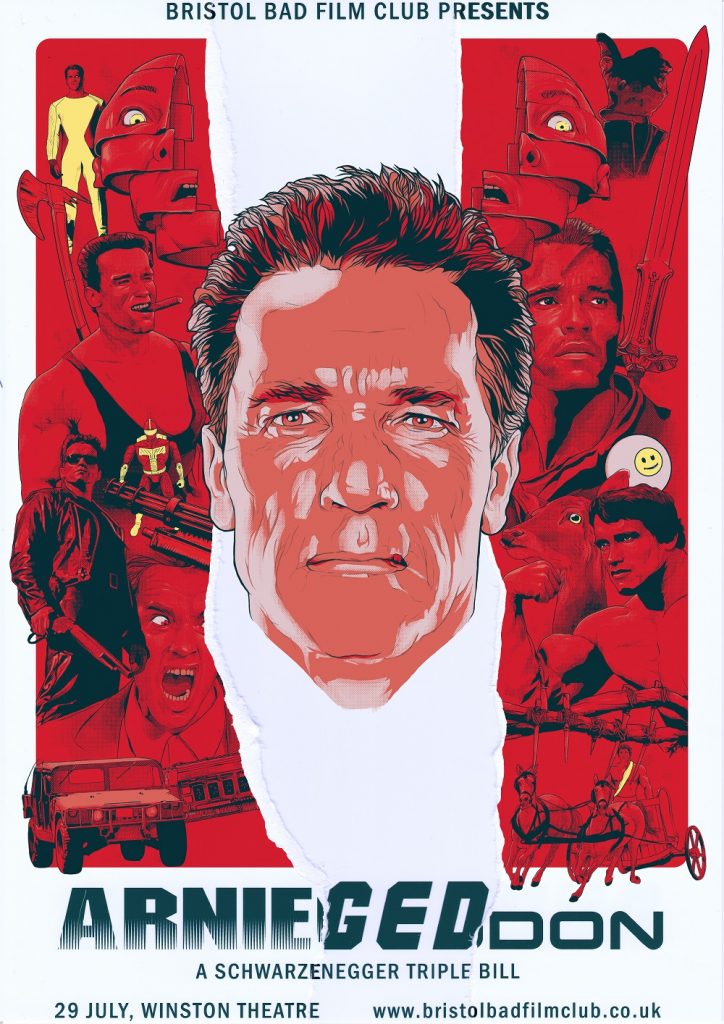 For almost 50 years (interrupted by a spell as governor of California), Arnold Schwarzenegger has bought some of our favourite movie characters to life on the big screen – often  doing so while firing gratuitous amounts of guns, smoking cigars, cracking wise and flexing his enormous muscles.

To celebrate Arnold Schwarzenegger’s 70th birthday, on the 29th July we’ll be screening three films that we feel showcase the very best of Arnie.

As well as the films, there will also be other surprises on the night including competitions and giveaways! There may even be cake…

Dressing up and dodgy Austrian accents are highly encouraged.

Are you showing ‘bad’ Arnie films?
No – although this event is organised by The Bristol Bad Film Club, this night is a celebration of Arnie! We’ll be showing three of his best-loved and most entertaining movies!

What films are you showing?
We won’t be revealing the films we’re screening until the actual night, but rest assured they represent some of the highlights of Arnie’s back-catalogue. We won’t be showing Batman & Robin…

Will Arnie be coming?
What sort of question is that?! We’ll ask, but it’s highly doubtful…

Will you be doing more marathon events like this in the future?
Absolutely. After the interest in our 24hr movie marathon events (for charity), we’ll be putting on genre film marathons (or Genre-geddons as we’ll be calling them) that are open to the public going forward.

The first one will be in September and will be 12 hours of ACTION B-MOVIES! Only the brave need apply. More details coming soon.