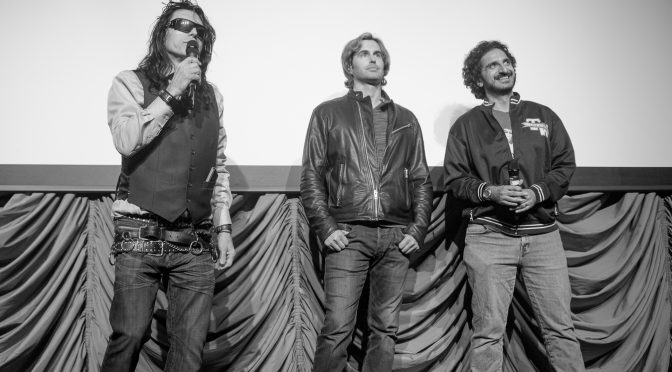 With The Disaster Artist set to hit cinema screens worldwide this month, Bristol Bad Film Club’s Timon Singh looks at why we keep falling in love with Tommy Wiseau and his cult ‘masterpiece’ The Room.

I was late to The Room party. Of course, I’d heard about this film that had been written, directed and starred this man who appeared to be from eastern Europe and had seen clips online, but it wasn’t until early 2013 that I saw it in its entirety.

At that point, The Room had been around for a decade and had legions of fans and sold out midnight screenings around the world, so one afternoon I watched it with some friends (in a double bill with Samurai Cop) and how I saw movies changed forever.

One of my friends had already seen it and like a seasoned Sherpa, she guided me through the film, pointing out the spoons and telling me bits of trivia that the production alledgedly cost $6 millions.

Suddenly, I was obsessed. I watched the film three more times that week, noticing new things each time and began reading everything I could find about it.

Entertainment Weekly’s article about The Crazy Cult of The Room helped fill in some of the gaps, but I wanted more. Luckily for me, Greg Sestero, who plays Mark in The Room, was just about to release his book The Disaster Artist: My Life Inside The Room, the Greatest Bad Film Ever Made – I pre-ordered it and read it in a couple of days.

The story of a man driven to make his dream no matter the cost and doing everything the opposite of what the industry would normally do fascinated me. Tommy was clearly driven, determined and obsessed to become the next big Hollywood star and while he may not have achieved fame in the way he would have liked to, the fact that he has armies of fans all around the world for a film that was derided by critics is both heart-warming and fascinating.

The next thing I knew, I was organising a screening of The Room in Bristol. At that point, only The Prince Charles Cinema in London was doing regular screenings, but I wanted that to change. More people needed to this film! When I would bring it up in conversation, most people would just stare blankly at me.

Then I heard Tommy and Greg were coming to London in 2014 for some special screenings at The Prince Charles. I rallied some friends, and we drove down. I met the two stars, got them to record an intro for our screening, and for the first time, watch The Room with a sold-out crowd. It was incredible – the cheering, the quote-a-longs and, of course, the spoons.

A week later, our sold out screening in Bristol illicit-ed the same response and our screenings of The Room became a yearly event introducing more and more people to Tommy’s unique vision each time.

As word grew that James Franco and Seth Rogen were planning on adapting Greg’s book, I knew that the audience for The Room was only going to get bigger, so in 2016 when Tommy was next in London, I met up with him to do a proper sit down interview. He was delightful. Despite the fact he was about to catch a flight, he gave me 30 minutes and answered every question I asked – despite artfully side-stepping the ones that have bemused viewers for years – where is he from? Where did the money come from? How old is he?

Later that year, Greg came to the UK and I invited him to Bristol for A Night Inside The Room event where he did a book reading, re-enacted scenes from the film with members of the audience and did an in-depth Q&A with myself. The event, which sold out in 24 hours, underlined what I thought for a long time – Bristol loved The Room.

This year (2017), we went even further and invited Tommy to our city not once, but twice. Once in February for a single sell out event and with Greg for four nights in September to screen not only The Room, but their new film Best F(r)iends (written by Greg Sestero and utilizing Tommy in a genuinely effective way).

Throughout the sold out screenings, I got to spend a lot of time with Tommy and saw up close what he’s like with his fans. Sure, he won’t answer probing questions about his past, but he has genuine affection for those that enjoy his work, whether it’s ironic or not.

He definitely has a showman public persona, but with fans, he makes sure that he puts in the time to make sure everyone gets to have a photo… and of course buy some merch!

Plus, he’s a consummate salesman and his wide range of merchandise is a testament to that. DVDs, jackets, ties – he has everything for the discerning Room fan.

Of course, with The Disaster Artist currently at 95% on Rotten Tomatoes and Oscar buzz surrounding the film, Tommy is about to be introduced to a whole new audience. The Room is about to hit the mainstream in a big way and it’ll be fascinating to see how general audiences respond to the film and if, after 15 years, The Room suddenly becomes the hit it never was in 2003. It could be the strangest underdog story Hollywood has ever seen, especially if Tommy and Greg end up at The Oscars!

Peter is, of course, 100% wrong, but it will be fascinating to see if the rest of the world agrees.

As for Tommy and Greg… Best F(r)iends Part 2 comes out next year and if it’s anything like Part 1, it’s guaranteed to confound and surprise audience expectations.