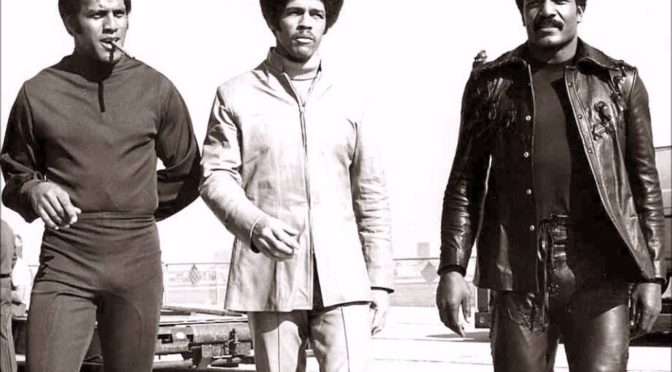 Let’s all watch some white supremacists get their asses kicked!

With everything going on in the world, we’ve decided to switch the film from our next watch party from America 3000 to Three The Hard Way.
Sure, America 3000 shows a world where the patriarchy has burned down and women rule all… but you know that’s not where the film will end. And it’s a bit campy and silly.

Instead, we thought let’s watch the blaxploitation classic Three The Hard Way where Jim Brown, Fred Williamson and Jim Kelly beat the shit out of some white supremacists who are trying to poison the water supply.
It just seems more… therapeutic.

In this film, three men take on a neofascist organization. The avowed purpose of this all-white hate group is to “cleanse” Los Angeles, Detroit, and Washington D.C. of all blacks. To do this, they plan to poison the drinking water with a secret formula that affects only African Americans.

“Far-fetched and a bit comic-bookish, but filled with all you’d want from the genre and then some.” – TV Guide