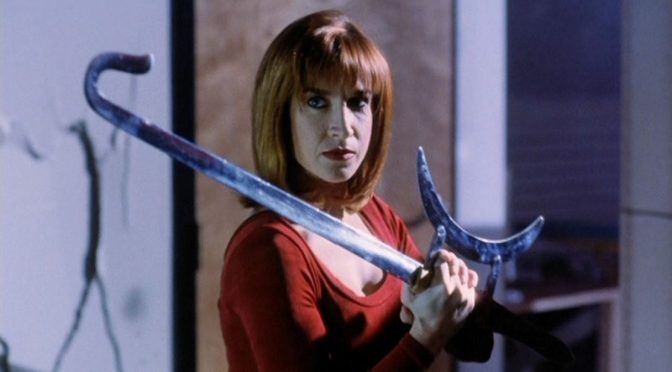 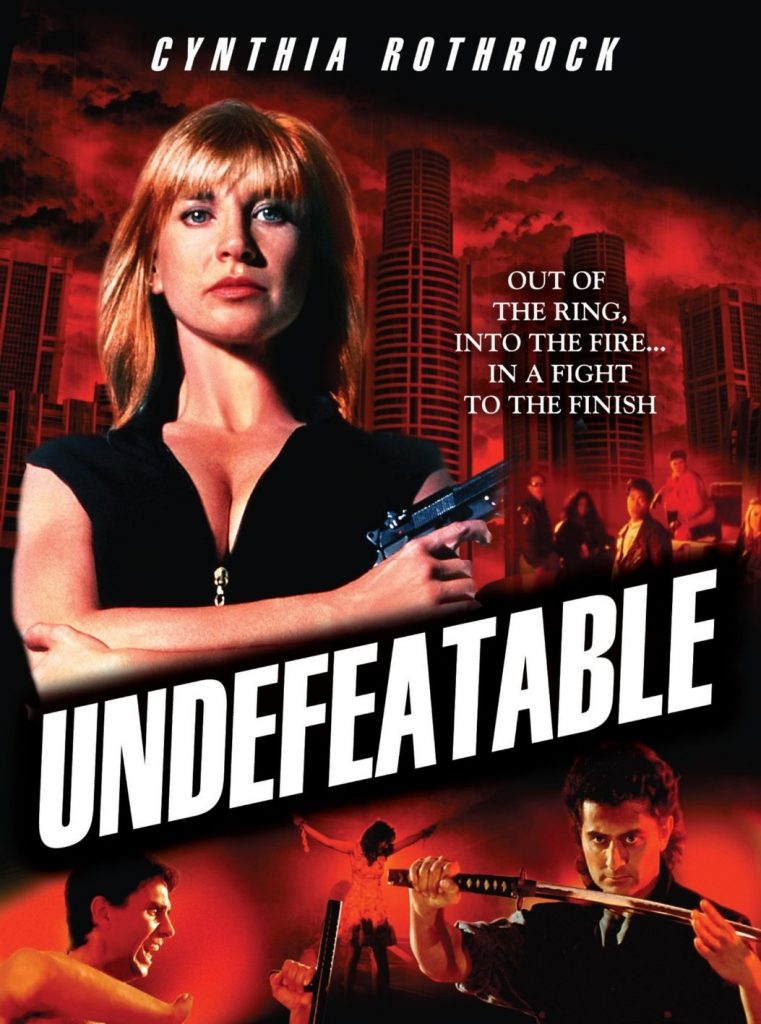 In mainstream cinema decent female action heroes are few and far between. Sure, every now and then, we get a Princess Leia, a Ripley or a Furiosa, but on the whole most action films are a bit of a sausage fest.

That’s not necessarily the case in cult and genre cinema.

During the 1970s, many B-grade action films were packed with female action heroes. Whether it was that such films didn’t require a large budget, the explosion in feminist issues or the popularity of blaxploitation, martial arts and other forms of genre cinema, but a search through 70s action cinema can find huge numbers of female action heroes – Cleopatra Jones, Coffy, Fox Brown and loads of others that definitely aren’t just Pam Grier characters! 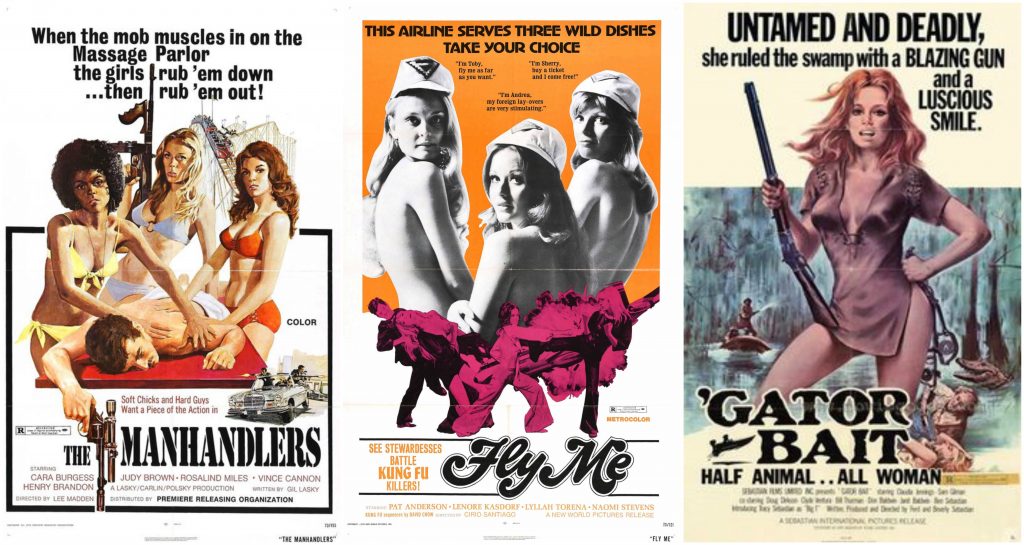 Of course, it was still the 70s, so any amount of female empowerment also came with a heavy slice of female exploitation… be it gratuitous violence or excessive nudity. Or both.

Which brings us to our movie for March – Undefeatable (1993).

Despite being made in the 90s, the film has a heavy 70s-exploitation feel.

Sure, our hero is played by cult martial arts star Cynthia Rothrock (China O’Brien, No Retreat, No Surrender), but the film’s plot about a crazed martial arts serial killer, obsessed with his mother and ex-wife, naturally sees excessive violence towards women.

Luckily, what may appear dark on paper, is actually one of the most infamous ‘so bad, it’s great’ films of the 1990s thanks to the ham-fisted handling of the material.

Why is it so bad? Thank the director! The infamous Godfrey Ho!

If the name sounds familiar, Godfrey Ho is regarded by aficionados of action cinema as one of the worst film-makers of all time, creating (luckily for us) some of the most unintentionally hilarious films ever! And most of them have ‘Ninja’ in the title… The Ninja Force, Ninja The Protector, Full Metal Ninja, and Ninja Terminator. All complete bobbins.

This is a film you don’t want to miss! In fact, the film’s climatic fight went viral back in 2006 when it was dubbed by Cracked.com as ‘the lamest (and most homo-erotic) fight scene of all time’.

Tickets: £5 (profits will be going to Bristol Women’s Voice)

“This is up there with The Room in terms of a movie that is so bad, it’s awesome. The acting is some of the worst I have ever seen and the facial expressions are legendary, especially for the bad guy. Oh man, what a bad guy; he has an epic sorta mullet, crazy eyes and is obsessed with his mother and ex-wife.” Action Elite

“Undefeatable is a mess, but unlike the kind of mess your grandma makes after too much applesauce, it’s a fun mess to spend time with. When the male leads in a film rip off their shirts just to show off their extremely oiled and firm male breasts, or a character is proven to be tough by wearing chains OVER his Champion sweatshirt, it’s a pretty good indication that you should simply let all of your inhibitions go.” ChuckNorrisAteMyBaby.com

“Undefeatable may be the most enjoyable “so bad it’s good” martial arts film I’ve seen. All of the film’s elements coalesce beautifully: the convoluted serial killer plot is a joy to watch unfold; the early 90s fashion staples of leather jackets, Zubaz pants, and denim vests are on full display; and the climactic fight scene is one of the most hilarious things captured on celluloid.” Fist of B-List