For Scalarama, Bristol Bad Film Club is joining forces with the Hellfire Video Club to bring back this now legendary slice of world-wide-weirdness! 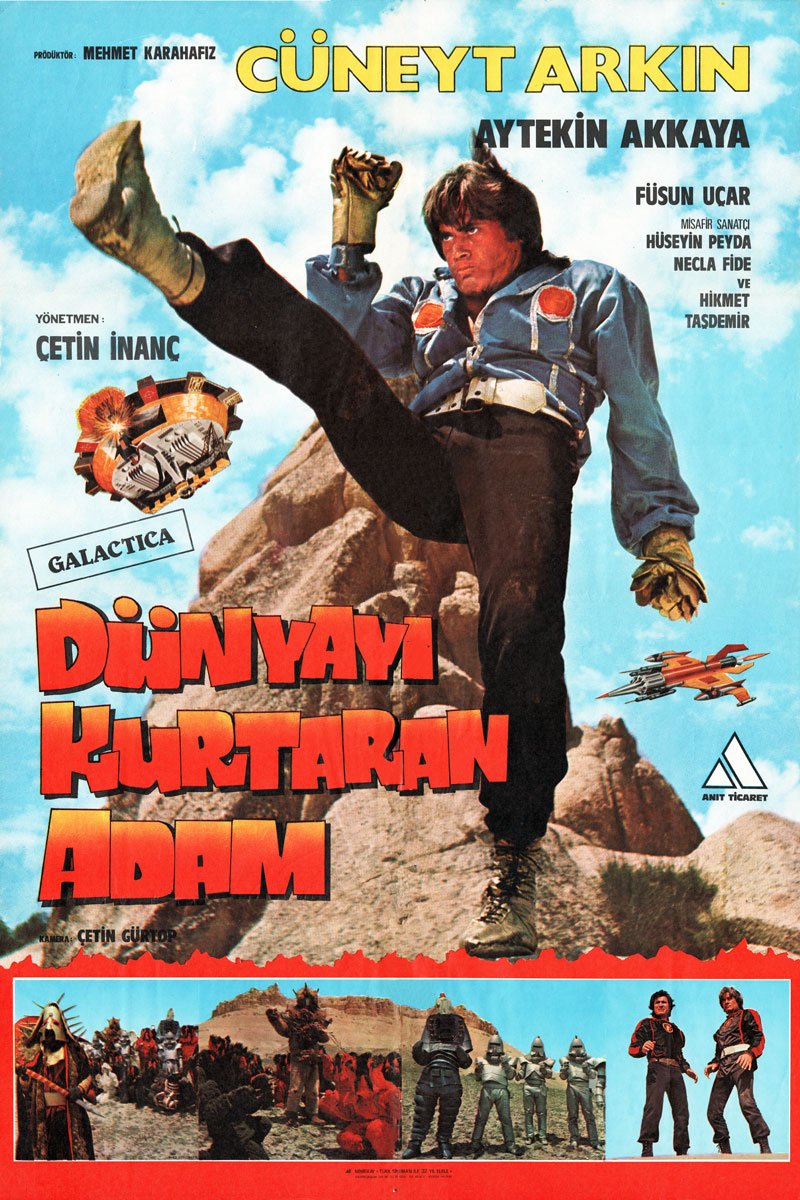 Dünyayi Kurtaran Adam (The Man Who Saved the World) aka TURKISH STAR WARS is an outright classic of wonky re-appropriation. Hailing from an era when the Turkish film industry was regularly chucking out their own cheapo remakes/rip-offs of popular Hollywood hits, this infamous gem hits top-score on the insane-o-meter! Truly the “holy grail” of remakesploitation cinema!

With a plot loosely revolving around a mad space wizard trying to steal human brains, this film delivers a psychedelic gut punch of head-spinning editing, shoddy monsters, inept kung-fu, skeletons and multi-coloured yetis. Plus ‘borrowed’ footage from the George Lucas original ham-fistedly wedged amongst all the Anatolian insanity! Add one of the most powerfully mind-blowing montage scenes known to man and you have an unforgettable cinematic experience.

Because of the obvious rights issues around the film, there are currently no plans for a home DVD/Blu-Ray release. Making this Scalarama tour is the only way to see this new 2K version of Turkish Star Wars. Arrive early to avoid disappointment!

In the bar, HFVC and Monsoon Season DJs will be spinning some choice slices of Turkish psych and funk.

“What can anyone say? Turkish Star Wars makes film criticism moot. From the early days of the flickering shadow scenes in the Lumiere Brothers’ shorts through today’s digital cinema, there has never been a film quite like this.”  Phil Hall, Film Threat

“I’ve never really seen anything like it. It’s a little bit like a fever dream. It’s so unique. Visually it’s so lurid and vivid and wild and crazy. There’s just nothing else like it.” Ed Glaser, Film Historian