We spoke to Mathew Karedas (formerly Matt Hannon), the Samurai Cop himself, about working on the cult classic, coming back from the dead and working on the highly-anticipated sequel with Tommy Wiseau!

END_OF_DOCUMENT_TOKEN_TO_BE_REPLACED 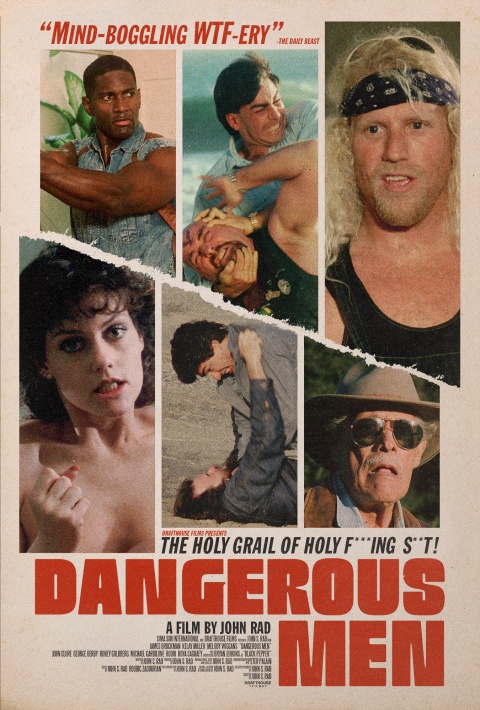 END_OF_DOCUMENT_TOKEN_TO_BE_REPLACED

September’s screening from the Bristol Bad Film Club will be 80s action classic Samurai Cop – but who made this film and what other wonders did he give the world?

All around the world, there are film fans and historians that are delving through archives trying to find lost footage of Kubrick’s assorted masterpieces and other beloved movies. However, in a far corner of the internet, there is an equally passionate group who are trying to find the lost films of Amir Shervan – the Iranian director of two of cinema’s best trash action masterpieces – Samurai Cop and Hollywood Cop.

Firstly, who is Amir Shervan? Well, a quick look at IMDB and Wikipedia will glean little information, but he was born Amir Hosein Ghaffar in Tehran, Iran on 24 May 1929, before he moved to California in the 1940s to study theatre. He returned to Iran to start his career as a film-maker, but after the 1979 Iranian Revolution all movies were subject to review by the Iranian government and many of them banned due to their content. For anyone who has seen Shervan’s work, you can imagine his were heavily “purified” or altered to suit the growing anti-western and pro-Islamic sentiment.

Unsurprisingly, Shervan upped sticks and moved to the US to begin his film-making career abroad. According to assorted fan sites, Shervan liked to use improvisational acting and dialog  – mainly as English wasn’t his first language and this was the Iranian style. His fellow crew members and actors were often as equally educated in the ways of film-making, and thus Shervan made films of a much lower standard than most US audiences were used to. However to Iranian audiences, they would have been top-notch.

As his films contained a large amount of accidental humor and bloopers, due to the cultural differences, he soon became a cult-classic b-movie director in the US, thought ironically he is still regarded as one of Iran’s most polished filmmakers of the 1970s. Apples and oranges, I guess.

As well as Samurai Cop, which you can book tickets for here, Shervan’s CV contains some truly wonderful titles that if you have the means, you must check out.

Hollywood Cop (1987) is the most famous and sees a mullet-wearing dectective attempt to save a kidnapped child. So far, so average, but look at the trailer!

Shervan’s other films are desperately sought by film fans Killing American Style (1990) (starring Jim Brown and Samurai Cop veteran Robert Z’Dar) and Young Rebels (1992) (starring Robert Z’Dar (again)). Little is known about them as they appear never to have been released on VHS or DVD, but the posters alone put them on our ‘must find and watch’ list.

For all news relating to Amir Shervan films, check out Facebook.com/AmirShervan