As part of the Bristol Film Festival, we’re doing a special double bill of one of our favourite ‘best/worst’ movies – Samurai Cop AND its long-awaited sequel Samurai Cop 2: Deadly Vengeance! 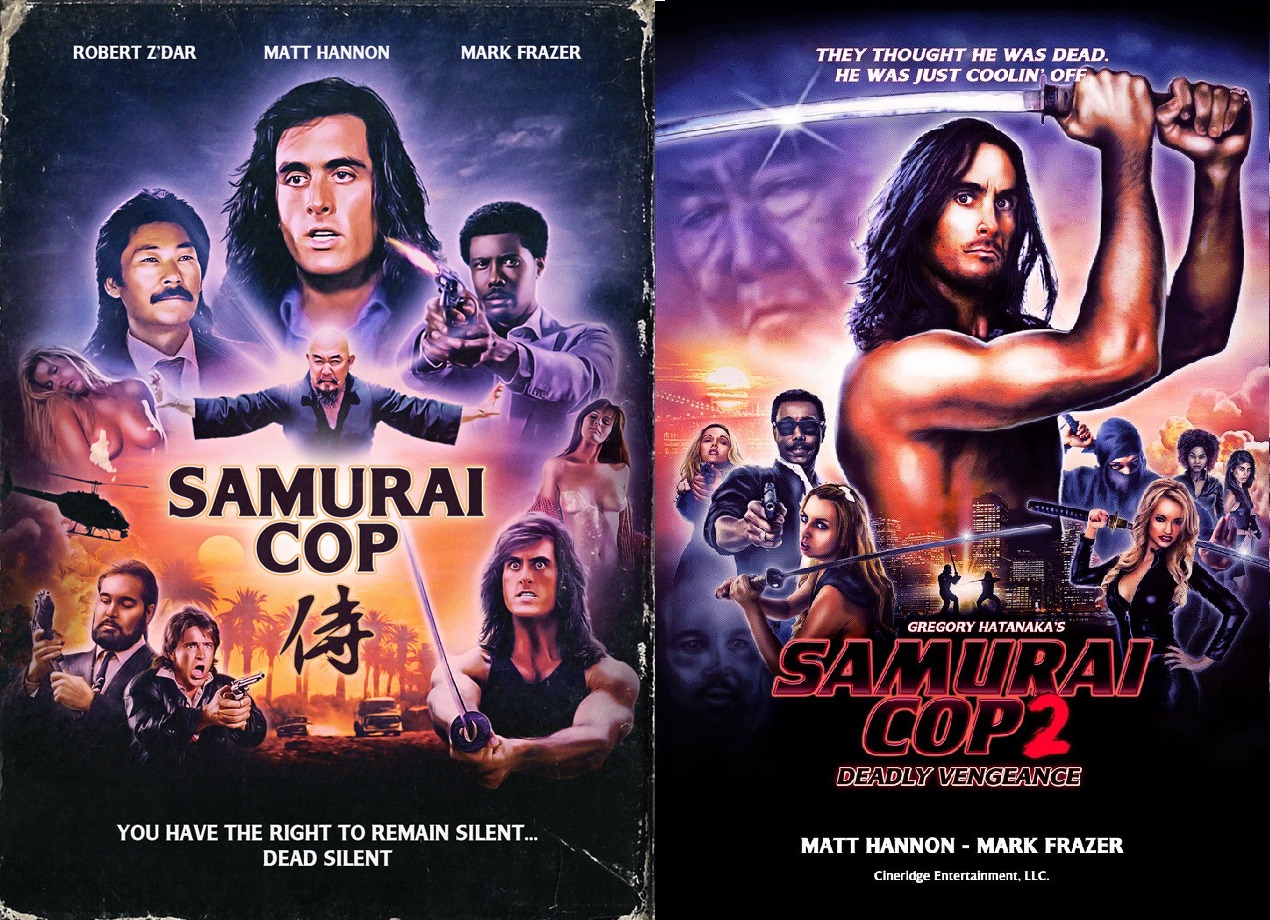 A perfect storm of 80s cop movie cliches, over-the-top dialogue, weird editing, goofy fight scenes (that seem to constantly switch location) and a soundtrack that sounds like it belongs in a SEGA MasterSystem game, Samurai Cop has become a cult favourite, which is why last year director Greg Hatanaka decided to make a sequel!

25 years after the original was released and once it was revealed that original star Matt Karedas (formerly Matt Hannon) was not actually dead as the internet believed, Hatanaka reunited the original cast, as well as cult stars Tommy Wiseau, Laurene Landon and Mel Novak, for a sequel that has to be seen to be believed!

Tickets: £10 (profits will be going to Spring Of Hope)

TICKETS HAVE NOW SOLD OUT

(If you have any questions for Samurai Cop 2: Deadly Vengeance director Gregory Hatanaka or the Samurai Cop himself Matthew Karedas (formerly Hannon), email them to us at bristolbadfilmclub@gmail.com)

Samurai Cop: A cabal of Japanese mobsters known as the Katana Gang is taking over the streets of Los Angeles. With the regular police unable to stop them, it’s up to maverick cop Joe “the Samurai” Marshal to use his sword and martial arts expertise to bring the crooks down.

Samurai Cop 2: Deadly Vengeance: The long awaited sequel to the cult classic! It’s 25 years later, and Detective Frank Washington is forced to team up with his long estranged partner Joe Marshall to solve a series of assassinations.