Imagine Avatar, but with Vikings, Nazis and giant eagles… 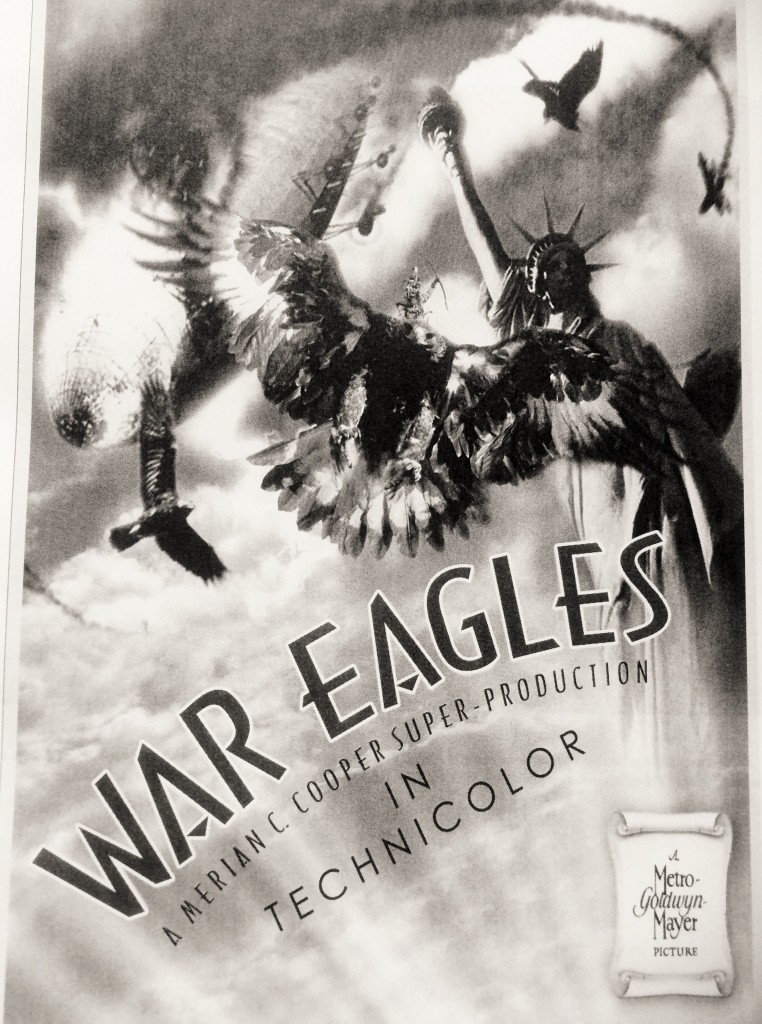 In 2009, stop motion legend Ray Harryhausen visited The Watershed in Bristol to discuss his movie-making career. In between getting our DVD of Jason and the Argonauts signed and fighting the urge to high five an 89 year old man, our interest was peaked about a project he said he’d spent the past 30 years trying to make – War Eagles.

The story of War Eagles dates all the way back to the 1930s when it was originally going to be made by Merian C. Cooper, the director/producer behind King Kong.

The story was one that since then has been used in films like Dances With Wolves, The Last Samurai and Avatar, but the concept itself was pretty unique.

Just prior to the start of WWII, a publicly humiliated Army Air Corps test pilot, court-martialed and discharged from the service for an unauthorized flight that ultimately endangered the life of President Roosevelt, takes the only job he can get – flying an experimental airplane around the world from pole to pole.

When his plane is unexpectedly attacked and crashes on an uncharted island above the Arctic Circle, the pilot discovers a strange land inhabited by dinosaurs and a lost tribe of Norsemen who ride giant eagles. In a surprising turn of events, he learns that the Nazis are about to launch an attack of New York with an air fleet of Zeppelins and a powerful new electromagnetic weapon. Convincing his newfound allies to help him, the pilot leads an army of eagle-riding Vikings against the Nazis in the skies above New York. 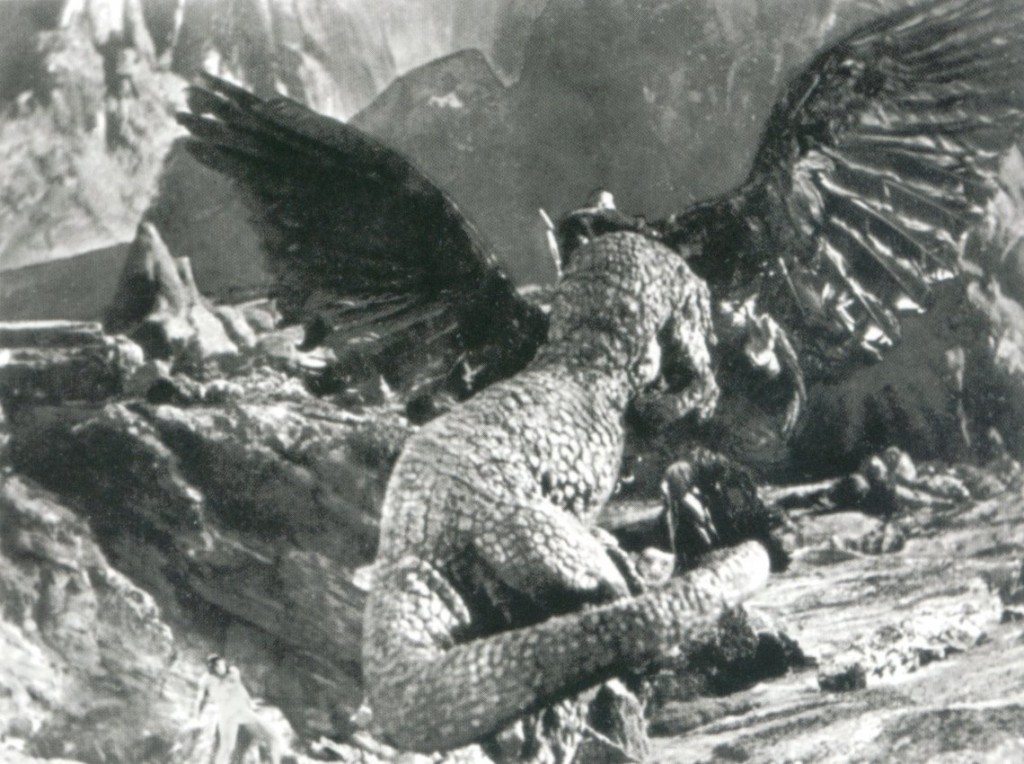 Unfortunately, it remains one of the most famous unproduced motion pictures of all time.

Cooper and his SFX partner Willis O’Brien planned to make War Eagles in the late 30s, but it fell victim to pre-war studio politics and the rise of Hitler’s Third Reich. Back then, only Warner Brothers were willing to take a stand against the Nazis – most other studios didn’t want to lose a potentially profitable marketplace.

Cooper and Willis got quite far in pre-production. Test footage featuring stop-motion animation was shot, scripts were written and storyboards drawn, but then Cooper left to join the infamous Flying Tigers in China and the whole thing was shelved.

In an old interview, Harryhausen said of the film, “The whole picture deteriorated. Willis O’Brien was going to do the special effects work. It would have been a really spectacular picture at the time. That was the first time I met Willis O’Brien, during the preproduction forWar Eagles. They had three rooms filled with the paintings and drawings of the potential picture. It looked terrific.” 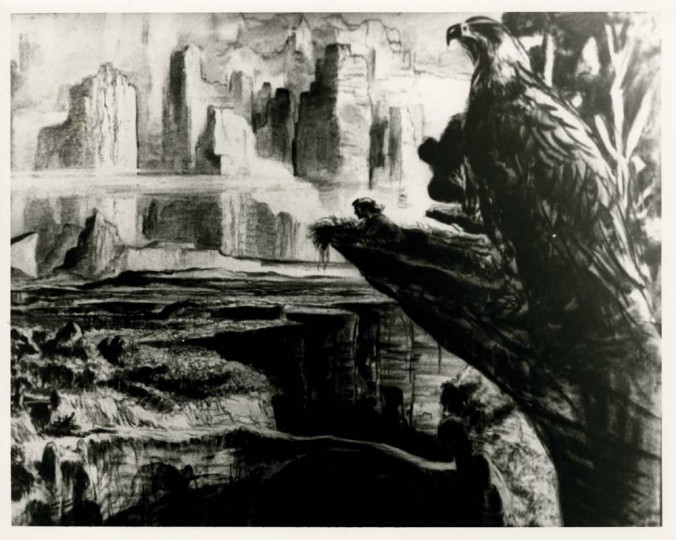 Over the years, Harryhausen talked a lot about recognising his mentor’s lost dream but never received any studio interest. The nearest you can get to seeing it is a novel and a comic adaptation.

Luckily for us, one film historian – David Conover – has written a fantastic book detailing the film’s pre-production history, complete with never-before -published artwork, storyboards, test footage frames and more, direct from studio archives and the estates of technicians and artists who actually worked on the film. Also included is the full, never-published final draft of WAR EAGLES by Cyril Hume (screenwriter of MGM’s Tarzan series and the sci-fi masterpiece FORBIDDEN PLANET) along with Merian C. Cooper’s original treatment and production designer Howard Campbell’s notes and budgets for the ill-fated production. 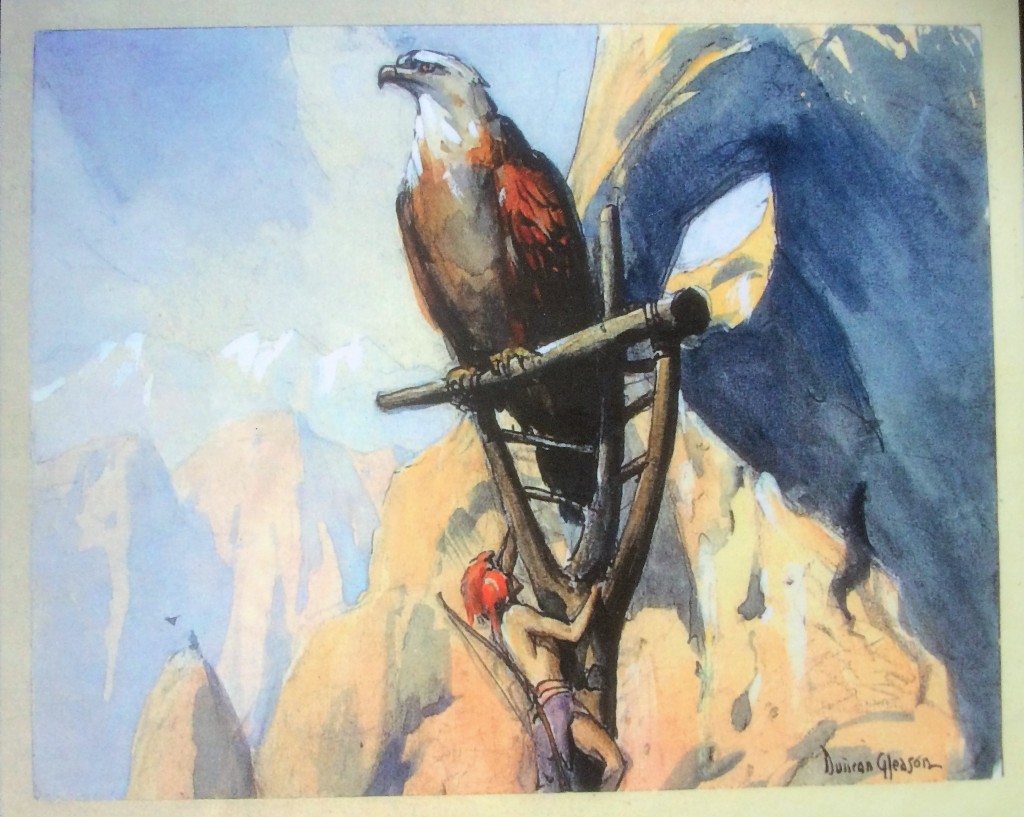 If this article has peaked your curiosity, we highly recommend tracking it down. Just imagine, we could have had a film where Vikings atop of prehistoric eagles attack Nazi Zeppelins above New York. How amazing would that have been?

Get your tickets to Harryhausen’s under-seen ‘cowboys vs. dinosaurs’ film The Valley of Gwangi here which we will be showing in Victoria Park on 8 August.