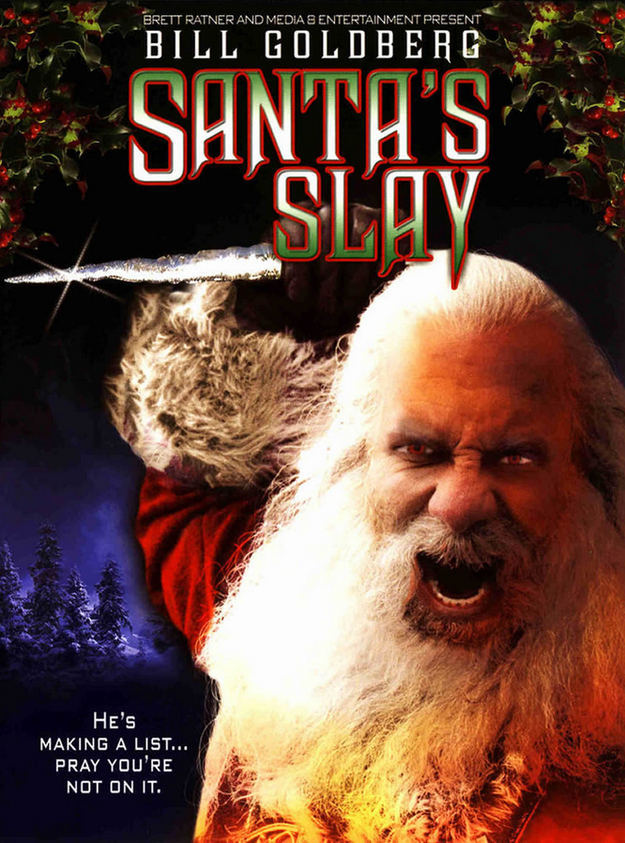 The first of two of our listed films that star a wrestler.

Here, Bill Goldberg is Santa, who as you know, is the son of Satan and the virgin Erika by immaculate conception.

Back in the day, he lost a bet with an angel and was forced to exchange what used to be an annual day of slaying for an annual day of giving gifts and making merry for 1000 years. Now the bet’s over and Santa is back to his evil, killing ways.

Cue some ridiculous deaths, awful holiday puns (“Time to spread some holiday fear”) and terrible acting – all within 70 minutes.